Cowes Harbour Commission believes that an Outer Harbour breakwater is vital to the Isle of Wight economy and to the safety and future prosperity of Cowes Harbour.

The Cowes breakwater project has all necessary permissions in place to proceed and the time for constructing the breakwater has arrived. CHC needs to capture crucial infrastructure investment from the Homes and Communities Agency (HCA) for the breakwater project to proceed. This requires the Isle of Wight Council, local town councils and stakeholders to re-confirm their support for this important investment for the Island and its future.

Cowes Harbour Commission needs to urgently progress with this project now, in order to secure the prioritisation of the project by its partners. CHC is prepared to drive, manage and part fund delivery, making a significant investment in terms of both financial and other resources. This puts the breakwater in a strong position compared with most national competing projects.

Stuart McIntosh, Cowes Harbour Master said: “Cowes is not a natural harbour being very exposed to weather from the north and northeast, which was highlighted by gales earlier in the season resulting in the sinking of five yachts in the harbour. However, it is not just the harbour that the breakwater will protect and strengthen, but the local economy.

“The new breakwater will create an environment where new businesses can set up on sites which were previously too exposed, bringing new employment and investment opportunities into Cowes and the rest of the Island,” continued Capt. McIntosh. “In addition, the breakwater protection will help extend the sailing season and there will also be scope for establishing Cowes as a destination for small visiting cruise ships through improved shelter for Trinity Landing.” 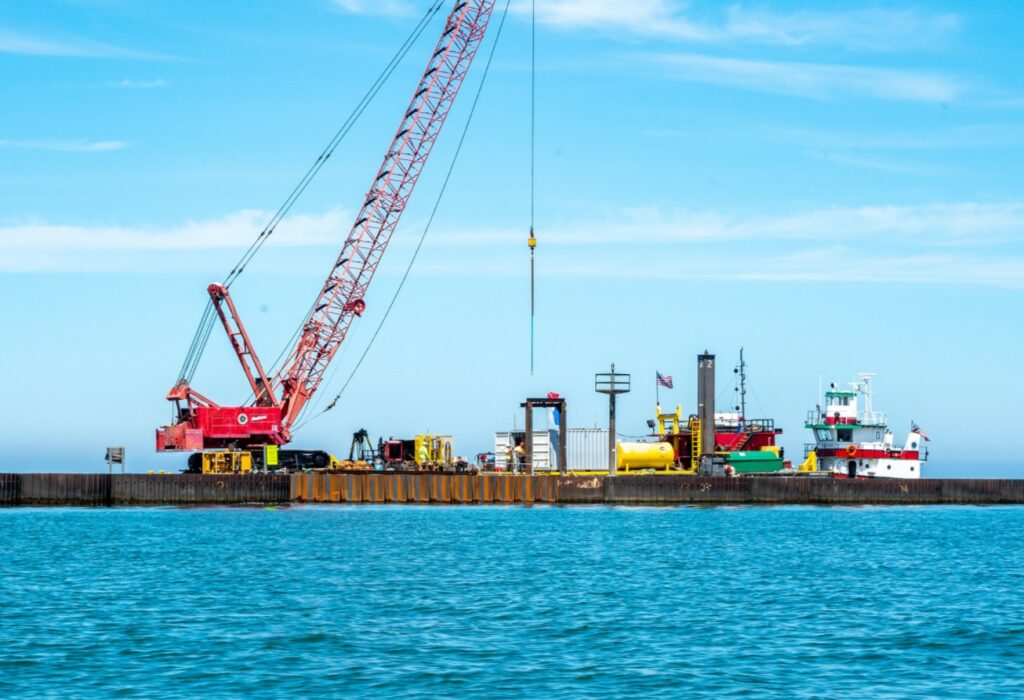