Advertisement
Back to overview
Home Dredging Today PHA: Financial Results “Strong and Up to the Right” (USA)

PHA: Financial Results “Strong and Up to the Right” (USA)

Financial results continue to trend “strong and up to the right,” Executive Director Len Waterworth reported at yesterday’s meeting of the Port Commission of the Port of Houston Authority.

Total tonnage was up 9 percent through September of this year compared to the same period last year.

Among other matters during the meeting, the Port Commission approved submission of a permit application to the U.S. Army Corps of Engineers for the Barbours Cut Channel modernization project. During staff reports, Mark Vincent, Director of Channel Development, briefed the Port Commission on the project, which calls for deepening the channel to 45 feet, shifting it 75 feet north within the existing waterway, and expanding the existing berthing area to accommodate larger post-panamax container vessels and the cranes that serve them.

To enhance community awareness of the project, a Nov. 7 open house will be held at the Morgan’s Point Community Center.

In Waterworth’s monthly financial report, he said total tonnage at Port Authority facilities (excluding bulk cargo associated with leased locations) was up 38,000 tons or 2 percent for the month of September compared to last year, while year-to-date tonnage continues to show solid growth of 1.7 million tons or 9 percent. This growth has been fueled primarily by steel, which has increased by 1.2 million tons or 39 percent compared to last year. While this growth pattern is expected to flatten, for September, steel tonnage was up by 84,000 tons or 21 percent.

September operating revenues were $19 million, up by 6 percent over last year. Year-to-date Port Authority revenues of $168 million reflect an increase of 9 percent over 2011, led by steel tonnage, dredge disposal fees and container revenues, and year-to-date operating expenses are down $3 million or 3 percent. 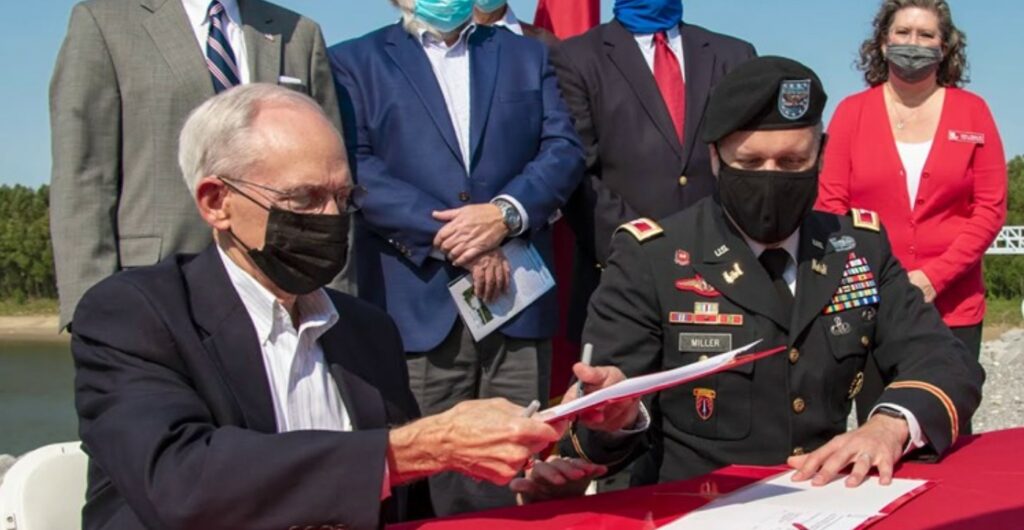