Contract signing for dredging and reclamation of six Islands was held at the Ministry of Housing and Infrastructure.

The ceremony, which was held on January 17, was attended by Minister of Housing and Infrastructure, Dr.Mohamed Muizzu and Managing Director of Housing Development Corporation (HDC) Mr. Suhail Ahmed, Council members of the six Islands and senior officials from the Ministry and HDC.

Speaking at the ceremony Minister Muizzu briefed the media and the Council members of the Islands about the important key factors of the project. 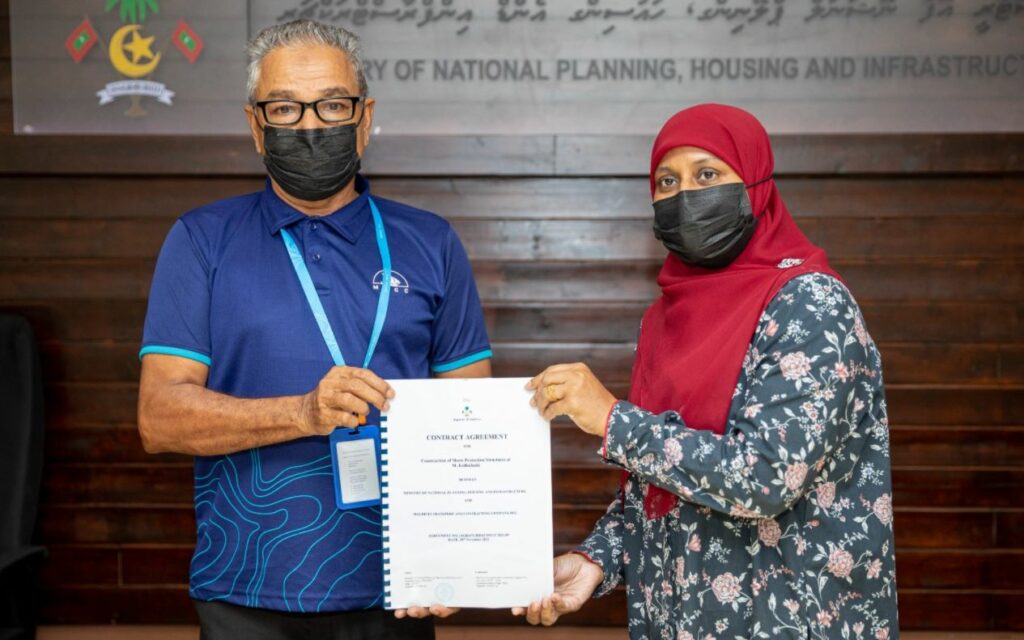