The U.S. Army Corps of Engineers has extended five permits to extract sand from the Kansas River for one year while a thorough evaluation of potential impacts from the proposed reauthorization continues.

Five dredging companies authorized in 2007 to extract sand and gravel for commercial sale from 10 locations along the Kansas River through 2012 had requested new five-year permits in November 2011. After an initial public comment period, the Corps determined that a thorough Environmental Assessment was needed to reevaluate the river conditions and any new studies completed since the 1990 Environmental Impact Statement.

The dredging companies have hired environmental consulting firm Habitat Architects to prepare an environmental report expected to be complete by early March 2013. If the Corps concurs with that report it will publish a draft EA which will be made available to the public during a 30-day comment period. The Corps will also hold an open house where the public may ask questions and provide written comments about the draft EA.

All comments received will be considered and addressed by the Corps in the final EA. If the final EA concludes in a Finding of No Significant Impact, then an EIS will not be necessary and a permit decision will be made.

The extended permits will include all previously existing permit conditions that were implemented with the 1990 EIS. One permit condition requires dredging to be terminated in any five-mile-long reach of the river where the average riverbed elevation drops more than two feet below the 1992 bed elevation of that reach. A bed elevation survey conducted in 2011 indicated that five-mile reach averages spanning river miles 27.1 to 40.6 and river miles 42.2 to 50.9 have dropped more than two feet.

Therefore, three previously authorized locations will cease dredging between river miles 42.2 (Eudora) and 50.9 (0.9 mile below Bowersock Dam in Lawrence) in May of this year.

Dredging may continue at previously authorized levels at seven locations where average bed elevations have not dropped more than two feet since 1992. 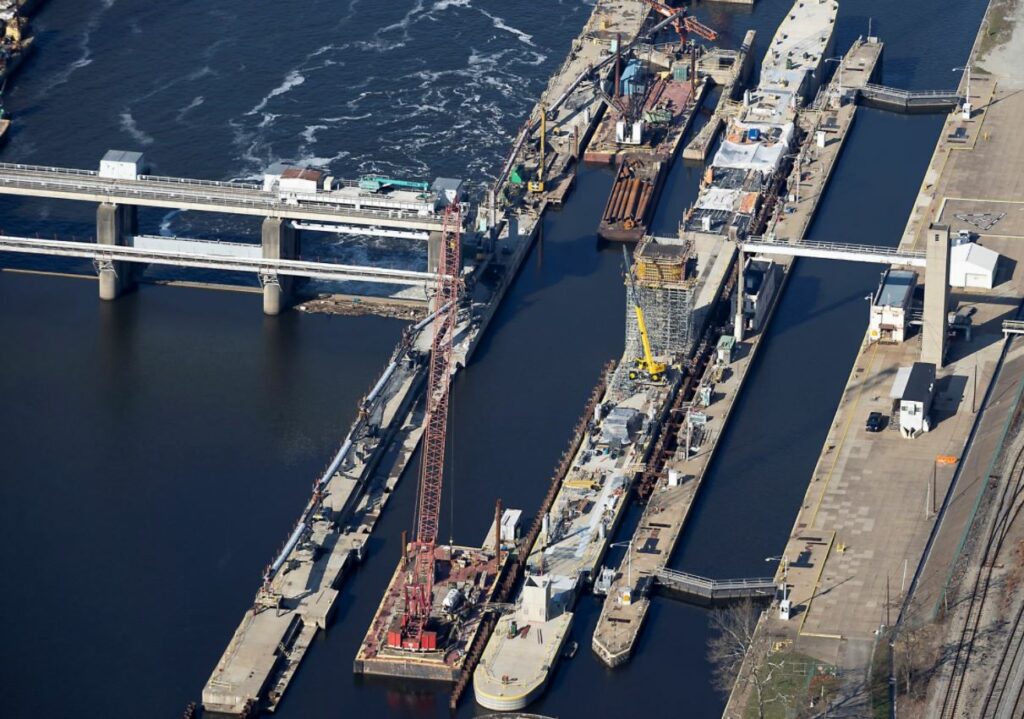