Associated British Ports (ABP) has recently awarded Boskalis Westminster the contract to widen and deepen a critical part of the access channel to the container terminal operated by DP World Southampton.

This follows the announcement in December 2012 that the Marine Management Organisation had issued the necessary consents to undertake the works. The removal of 450,000 cubic metres of material at Marchwood will widen the navigation channel by 30m, thus improving accessibility and manoeuvrability for container vessels.

The importance of the work for the port was underlined by the speed in which Boskalis Westminster was able to reposition its dredger, the Manu Pekka, so that work could start immediately.

The Manu Pekka is a back-hoe dredger fitted with an eight cubic metre bucket which can dredge to a depth of 18.5m. Four barges were mobilised from as far away as Malmo in Sweden to Southampton to begin their task of ferrying the material dredged by the Manu Pekka to the licensed disposal site off the Isle of Wight.

Paul Datson, Boskalis Westminster’s Head of Capital & Coastal Business Sector, said: “We are glad to be working back in Southampton for ABP again and very pleased to be associated with a relatively small but important part of the overall development.

“While this type of project is relatively straightforward, it involves a significant amount of equipment which we have been able to move to Southampton at short notice.”

Dave Herrod, ABP Engineering Project Manager, said: “The channel widening at Marchwood is the latest part of ABP’s planned investment to further improve the port’s ability to receive the largest container vessels, and we are pleased that Boskalis Westminster has been able to start work so quickly.”

The work is expected to be complete in March. 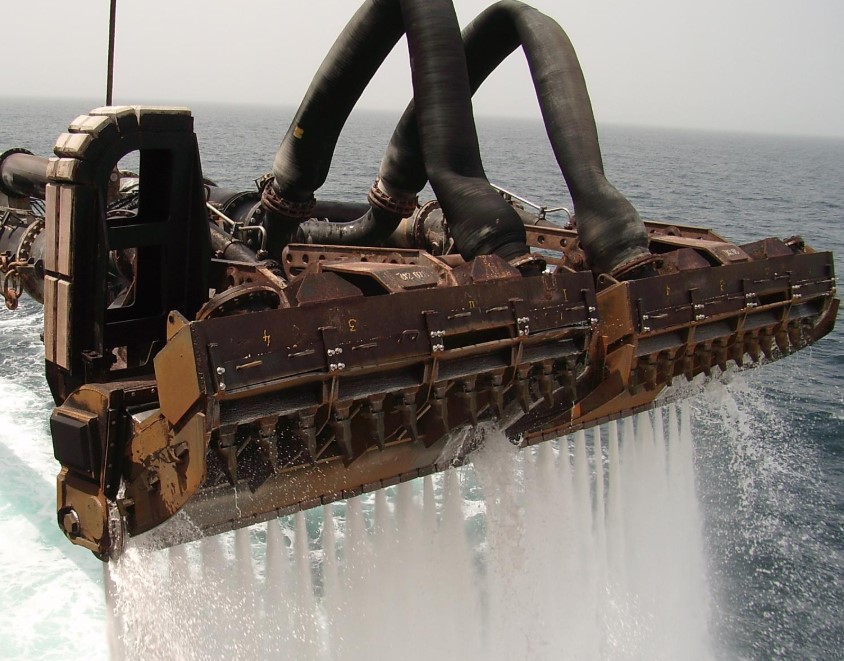