United by their joint interest in the education and training of engineers in fields related to the dredging industry and port development, the International Association of Dredging Companies (IADC) and UNESCO-IHE have had a long-standing relationship.

With an official Memorandum of Understanding between the IADC and UNESCO-IHE, this cooperation has been formalised and given a broader perspective for the future.

IADC and UNESCO-IHE have agreed to continue to work together on particular projects such as short courses on ‘Coastal Engineering and Port Development’ (CEPD), as well as the IADC’s week-long course on dredging and reclamation which has been presented annually at the UNESCO-IHE Delft campus for two decades. In general, the IADC will offer the more than 14,500 UNESCO-IHE alumni students and alumni a wealth of technical knowledge through its publications such as Terra et Aqua Journal, Dredging for Development and its Facts About series of executive summaries on dredging. The IADC will also encourage its members to support research projects of UNESCO-IHE students. On the other hand, these UNESCO-IHE alumni from developing countries and countries in transition in Africa, Asia and Latin America can be of importance to the IADC as potential clients and employees.

The UNESCO-IHE (United Nations Economic, Social and Cultural Organization-International Institute for Hydraulic Engineering) is the largest international postgraduate institute for water education in the Netherlands. Based in Delft, the institute prides itself on building long-term relations with its wide-spread and diverse international student body.

The Memorandum of Understanding was signed by IADC President Peter de Ridder on behalf of the IADC and Rector/ Prof. A. Szöllösi-Nagy, PhD on behalf of UNESCO-IHE at an official ceremony in Delft, The Netherlands. 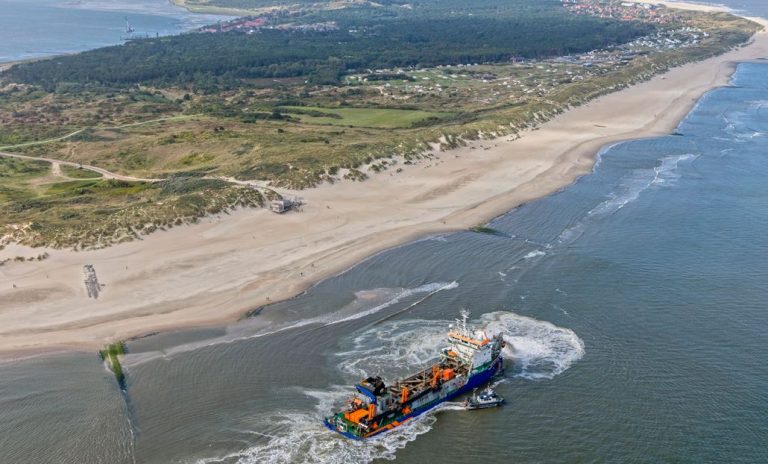