Using some unique methods, crews are removing and treating high levels of mercury contamination found in a small area of the Georgia-Pacific West cleanup site on Bellingham’s waterfront.

“You can actually see beads of liquid mercury in the dirt we’re digging up,” said Ecology Site Manager Brian Sato. “It’s nasty stuff and we’re getting rid of it.”

With a specialized, high-powered vacuum truck doing the bulk of the heavy lifting, crews are sucking up large quantities of dirt loaded with small beads of mercury.

“Most of what we’re pulling out of the ground is soil that’s laced with miniscule droplets of mercury,” Sato said.

Occasionally, larger beads of mercury can be sucked up with a custom hand-held vacuum.

“So far we’ve removed about 500 tons of contaminated soil with the excavator and vacuum truck,” Sato said. “And we’ve recovered about a quart of liquid mercury with the small vacuum.”

Crews have been digging in two small areas, each about the size of four parking spots. These spots are considered the most contaminated areas on the entire 64-acre cleanup site.

The excavation areas expanded as crews dug below the surface and located the mercury contamination.

“You never know exactly what you’ll find until you open up the ground and start digging,” said Port of Bellingham Site Manager Brian Gouran. “It’s hard to know precisely where the contamination is until we get below the surface. We’ve expanded our digging some because we’re chasing the mercury and want to make sure we get as much of it as possible.”

As the mercury-contaminated soil is pulled from the ground, it’s then transferred to an enclosed building and run through a treatment process. Crews use a special formula to mix the soil with sulfur and cement, and turn it into concrete blocks.

“Liquid mercury is a volatile and soluble compound,” said Sato. “But when we mix it with sulfur, the mercury and sulfur bind together to form mercury sulfide, which is a much more stable compound. This greatly reduces the toxicity and mobility of mercury.”

Solidifying the mercury-contaminated soil in concrete makes it much safer and easier to transport and store. Once formed, the concrete blocks will be transferred to a special hazardous waste facility.

The liquid mercury that is collected will be transferred to a special hazardous waste facility, too.

“This is expensive work, especially when you consider the kind of contamination and the unique effort it takes to collect, contain, treat and dispose it,” Gouran said.

Originally, the project was expected to cost approximately $1.8 million. The Port of Bellingham is now estimating it might cost up to $3.2 million because of the increased digging and mercury treatment.

Ecology will reimburse half of the port’s cleanup costs through the state’s Remedial Action Grant program. The program helps pay to clean up publicly owned sites and is funded with revenue from a voter-approved tax on hazardous substances.

The mercury cleanup work is expected to be completed early summer.

The contamination was left behind by Georgia-Pacific, a former pulp mill on the Bellingham waterfront that used mercury as part of its pulping process to create chlorine and sodium-hydroxide. 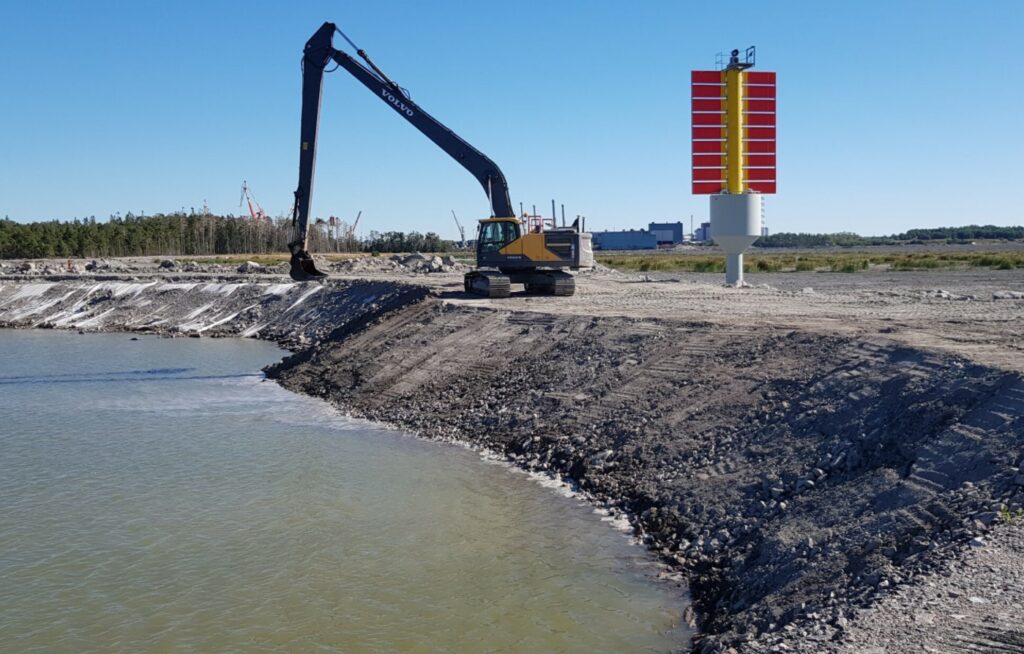