In dredging, the hydraulic transport of solids is one of the most important processes. Since the 50’s many researchers have tried to create a physical mathematical model in order to predict the head losses in slurry transport.

These models are Durand, Condolios, Gibert, Worster. Zandi & Govatos, Jufin Lopatin, Fuhrboter, Newitt. Doron, Wilson, Matousek and Turian & Yuan. Some models are based on phenomenological relations and thus result in semi empirical relations, others tried to create models based on physics, like the two and three layer models. It is however the question whether slurry transport can be modeled this way at all.

Observations in a laboratory show a process which is often non-stationary with respect to time and space. Different physics occur depending on the line speed, particle diameter, concentration and pipe diameter. These physics are often named flow regimes: fixed bed, shearing bed, sliding bed, heterogeneous transport and (pseudo) homogeneous transport. It is also possible that more regimes occur at the same time, like, a fixed bed in the bottom layer with heterogeneous transport in the top layer.

It is the observation of the authors that researchers often focus on a detail and sub-optimize their model, which results in a model that can only be applied for the parameters used for their experiments. At high line speeds the volumetric spatial concentration (volume based) and the volumetric transport concentration (volume flux based) are almost equal, because all the particles are in suspension with a small slip related to the carrier fluid velocity.

The flow regimes and scenarios are explained and examples of experiments are given. Based on the experimental evidence, one can conclude that the approach followed in this paper gives a good resemblance with the reality. 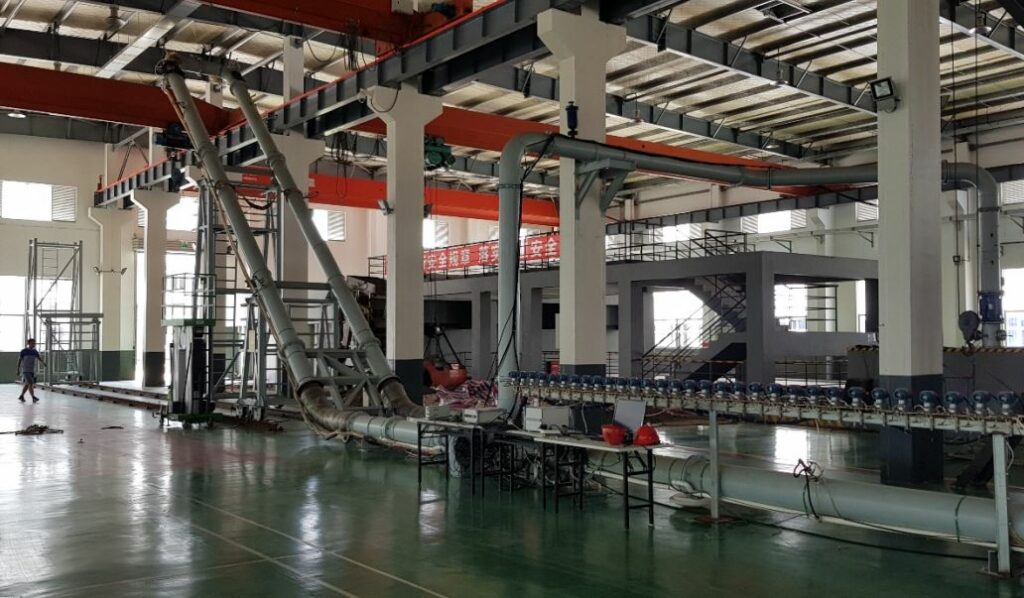