Vars Brno a.s. from the Czech Republic recently carried out surveys in cooperation with state enterprise Povodí Labe on the River Elbe, or the River Labe as it is called in the Czech language.

The main aim of the project was to provide data for vessel skippers to assist with navigation planning and vessel loading decisions based upon actual depths.

Vars use their 250 kHz version of the GeoSwath Plus combined multibeam echosounder and side scan sonar system to provide them with superior high resolution depth data over a wide angle of coverage in the shallow waters encountered in this challenging location.

Initial surveys were carried out on a stretch of the River Elbe between the German border and the Czech city of Ustí. This 42 km stretch is extremely shallow with depths ranging from 1 to 6 metres where the water level varies depending upon flow rate, and local rainfall. In this part of the river secure navigation depths are constantly changing, often during the course of a single day, based on the volume of rain encountered. Furthermore the navigable channel is often not wider than 40 metres, which results in very high currents. In this area accidents happen frequently, often caused by groundings.

Results of the surveys serve primarily to generate depth data for safe navigation and object detection. The data is imported as the default depth reading to the inland electronic navigational charts (IENC). The measurements are also used to identify areas for dredging and to target anomalous soundings for further investigation.

Detailed digital terrain models of the river bottom have recently uncovered some hidden secrets. A number of objects, possibly hazardous to navigation and undetected previously, have been removed from the channel. The data here shows the bathymetric image of a small vessel which was subsequently pulled from the river. 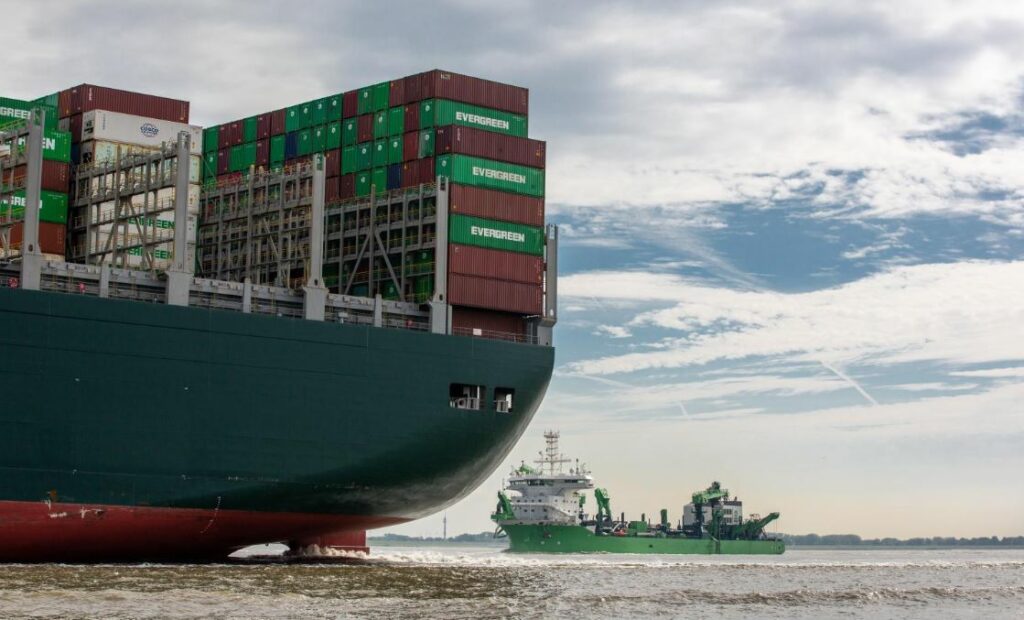