The U.S. Army Corps of Engineers, Galveston District, awarded a contract in the amount of $4,610,600 to Manson Construction Company for maintenance dredging of the Freeport Harbor Entrance and Jetty channels in Brazoria County, Texas.

The contractor is required to remove approximately 1,723,000 cubic yards of shoal material using a hopper dredge, with material being placed in an offshore placement area.

“This maintenance dredging operation will ensure the channels remain clear for commercial navigation that is vital to the Port of Freeport, which services one of the nation’s top petrochemical complexes,” said John Machol, an operations manager in the USACE Galveston District Navigation Branch. “The Port of Freeport is ranked 27th in the nation with respect to commercial tonnage.”

According to Machol, work is expected to begin August 2013 with an estimated completion date of October 2013.

Freeport Harbor is located on the Texas Gulf Coast approximately 50 miles south of Houston. The deep-draft navigation project consists of an 8.5 mile, 45-feet deep channel that extends from the Gulf of Mexico, through a jettied inlet, to a turning basin at the Freeport port facilities. 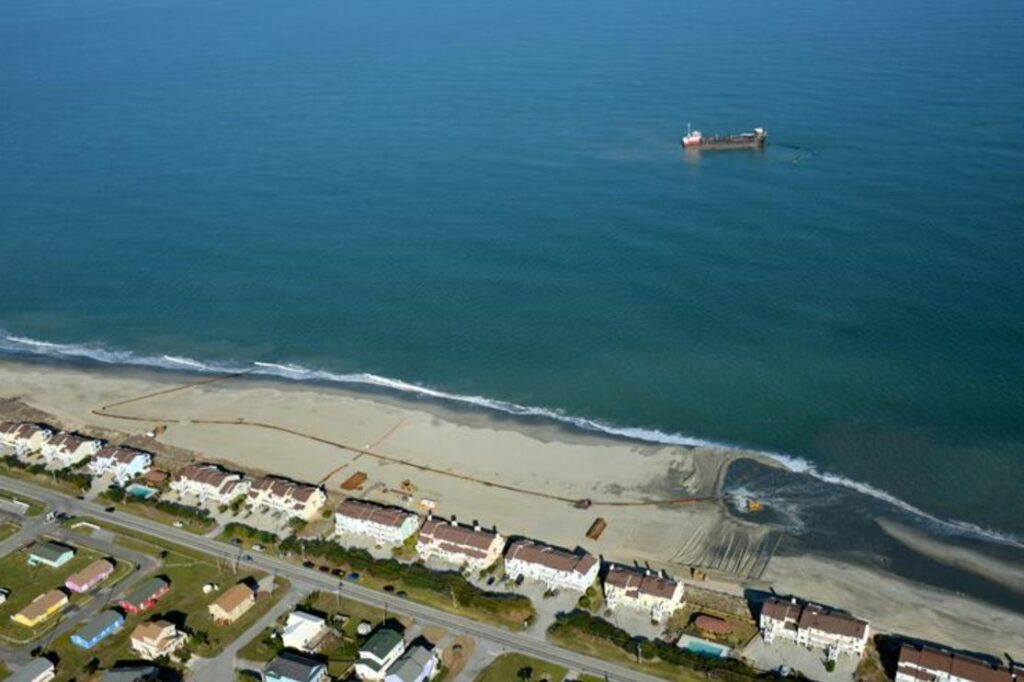