Deepening the Arthur Kill Channel approaching the New York Container Terminal is now underway in the waters off of Elizabeth, N.J. and Staten Island to allow large ships to safely transit the shipping channel and a critical component in providing safe navigation access to the port.

The Arthur Kill Channel deepening effort is one of the last construction elements as part of a more extensive harbor dredging project to create safe and efficient channels for a larger class of vessels that will be calling at the Port of New York and New Jersey.

Some areas of the Arthur Kill Channel contain solid rock that is being broken into smaller pieces by the use of underwater blasting to be dredged. While drilling may be performed intermittently, blasting operations are being performed only during daylight hours (two hours after sunrise and one hour before sunset).

This construction is a significant component of the broader effort of the Army Corps’ navigation channel deepening project, crucial for modern‐day container ships fully loaded to navigate safely.

The contract is cost-shared with The Port Authority of New York and New Jersey. The overall $1.5B project to deepen the Port’s main navigational channel allows the Port to continue to accommodate larger, more modern ships from around the world.

The deepening provides a safe and economically efficient pathway for the newest generation of container ships calling on the Port of New York and New Jersey.

The $1.6 billion project, cost shared with The Port Authority of New York & New Jersey, was initiated prior to the announced improvements to the Panama Canal is expected to maintain the Port of New York and New Jersey’s position as a premiere port on the East Coast.

The overall Harbor Deepening project consists of 17 contracts to deepen the navigation channels. The Port is currently the largest container port on the East Coast, and through its major container terminals, waterborne cargo moves to all parts of the United States and throughout the world providing over 269,900 direct and indirect jobs, and $11.2 billion in personal income in port related activities to the states of New York and New Jersey. 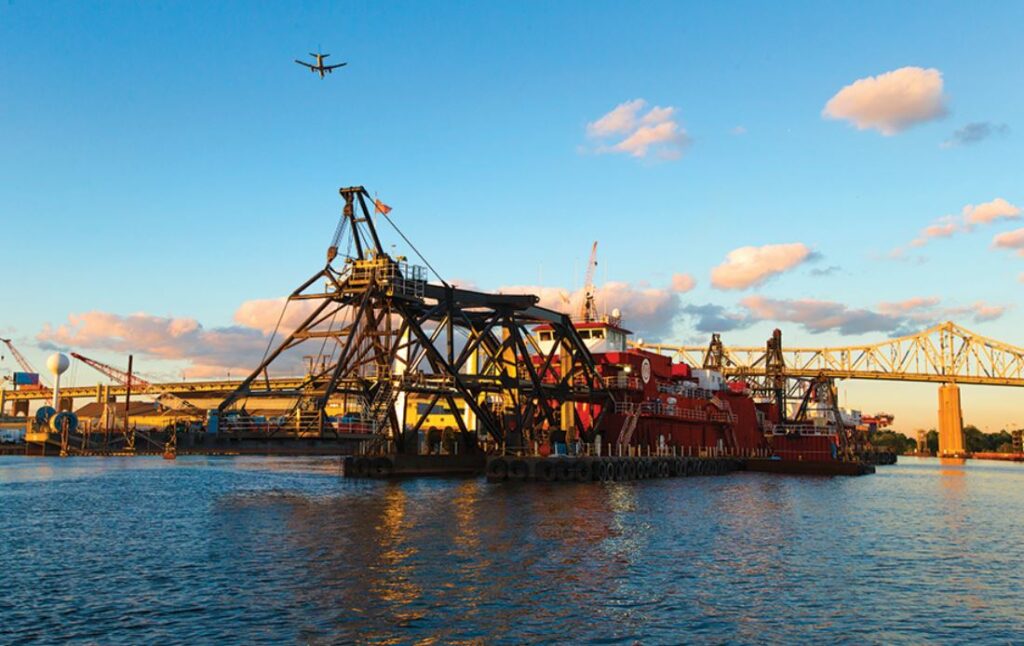