“IADC continued to be invited to attend third party events. Through the IADC’s contributions at conferences, including speeches, papers, and the Young Author’s Awards, through its participation in various scientific committees as well as through articles about research and innovation in Terra et Aqua, IADC’s credibility and esteem in the eyes of other maritime organisations persisted.

“More and more frequently when the word “dredging” appears, IADC is the go-to group. With Dredging in Figures and the Facts About series input is offered that is otherwise difficult to find. A highlight of 2012 was the publication of the Hydraulic Fill Manual, a comprehensive reference work created and supported by IADC and its member companies — a contribution to dredging literature that is destined to become a classic.

“As this Annual Report goes to press, actions for 2013 are already moving ahead: the Forum on Early Contractor Involvement held in Londontwo years ago is scheduled for a reprise thisautumn in Kuala Lumpur; webinars which will periodically appear online throughout the year are being planned; and a revision of the standard work, Environmental Aspects of Dredging, is underway. Clearly the gears for an innovative, informative and intense 2013 are already turning at full speed,” stated IADC President Peter de Ridder.

For many outside the industry, dredging remains an unknown activity that takes place below the water’s surface. The IADC spends a significant portion of its time and budget educating people who come into contact with dredging, such as (future) decision makers and their advisors in governments, port and harbour authorities, offshore companies and other organisations that have to execute dredging projects. In general, these people are minimally informed – if at all – about the challenges and intricacies of dredging.

The IADC International Seminar on Dredging & Land Reclamation gives an insight in the basics of dredging.

Over a 20 year period these intensive week-long courses have been successfully presented in Delft, Singapore, Dubai, Buenos Aires, Abu Dhabi, Bahrain and Brazil to more than a 1000 participants. The course is generally organised in cooperation with educational institutions such as UNESCO-IHE and the National University of Singapore. 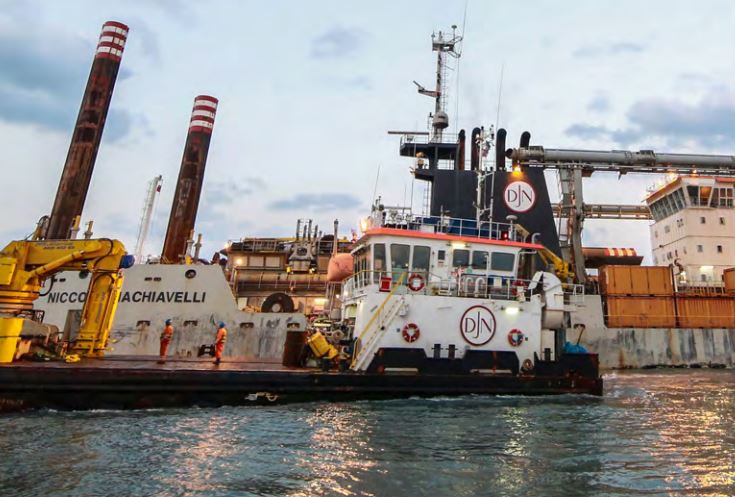