Governor Rick Scott announced a commitment of nearly $35 million for strategic port projects across Florida that will be recommended to the Legislature for the upcoming legislative session. The additional investments will be included in the Florida Department of Transportation’s (FDOT) Work Program.

Governor Scott made the announcement at the American Association of Port Authority’s (AAPA) Annual Convention in Orlando.

Governor Scott said: “We’re on the right track to growing more jobs for families with increased investments in our seaports. With this nearly $35 million commitment for critical port projects, we’ll enhance our ports’ ability to move more goods which will position Florida to play an even greater role in global trade. Our strategy to make Florida the gateway for global trade is working.”

The three Florida ports included in the Governor’s proposal for additional funding are:

– Port Canaveral – $9.7 million for development of a container yard;

Between 2011 and 2014, $642 million has been allocated for on-port projects, including waterside projects for Canaveral, Miami and Jacksonville, and terminal and rail improvements at Tampa. Just last month, Governor Scott and the Cabinet approved the proposed bond issuance of $150 million to fund 16 important projects at Florida seaports. In this current fiscal year, the state of Florida (including projects funded through the upcoming bond issuance) is funding over $275 million directly on seaport projects.

Bill Johnson, Port Director of PortMiami said: “These strategic investments in Florida ports will bring short-term and long-term economic benefits for our region, our state and the nation. Governor Scott’s recognition of ports as job creators and commitment to growing our state through international trade is true leadership in the face of a challenging economic landscape.”

John Walsh, CEO of Port Canaveral said: “Our governor is an example of the leadership that can occur at the state level to move the economy forward. Our state has shown that investment in ports and commitment to freight infrastructure is an invaluable strategy to getting people back to work and creating a healthy economy.”

Doug Wheeler, President and CEO of the Florida Ports Council said: “Florida has become a model for the nation in strategic port investment and growing jobs due to the leadership of Governor Scott. The allocations approved for 2014-2015 will further position Florida as the gateway to the Americas and beyond.”

“Florida’s leadership has a clear vision of the opportunities within arm’s reach for the state’s seaports,” said JAXPORT CEO Brian Taylor. “That vision has led to solid investments that will reap measurable returns in terms of employment and economic gain for Florida citizens.”

“It is encouraging that the Florida Chamber and its public and private partners have developed a realistic strategy for promoting the state as a global hub for international trade and logistics, especially since Port Everglades maintains a robust export surplus,” said Steven Cernak, Chief Executive and Port Director for Port Everglades.

“I am very proud of our state leadership and Governor Rick Scott for allocating these much-needed funds to Florida seaports,” Paul Anderson, Tampa Port Authority President and CEO, said. “Our ports and our citizens will all benefit in significant ways as our ports continue to build infrastructure, modernize and create jobs, partnerships and economic value that we badly need for our economic health, moving forward. The state is investing in legacy projects delivering generational impacts.”

Wayne Stubbs, Port Director of Port Panama City said: “We appreciate the Governor’s commitment to making strategic investments in Florida’s ports. Our job is to make sure these investments are producing positive economic benefits throughout the region.”

Val Schwec, Port Director, Port of Fernandina said: “We appreciate Governor Scott’s continued support of the Florida Ports. We have a Governor that understands that investment in ports and infrastructure fosters international trade and attracts industry to Florida leading to high paying jobs.”

Florida Department of Transportation (FDOT) Secretary Ananth Prasad said: “I applaud the Governor for his continued investment in Florida’s seaports. These strategic port improvements will position Florida to capitalize on the expansion of the Panama Canal in 2015.”

A new ILC infrastructure support program provides a $5 million annual allocation for ILC project funding to assist in constructing access improvements for ILCs planned and funded with private sector funds that are moving freight through our seaports. The program will offer economic benefits through job creation, manufacturing, and seamless transfer of freight. 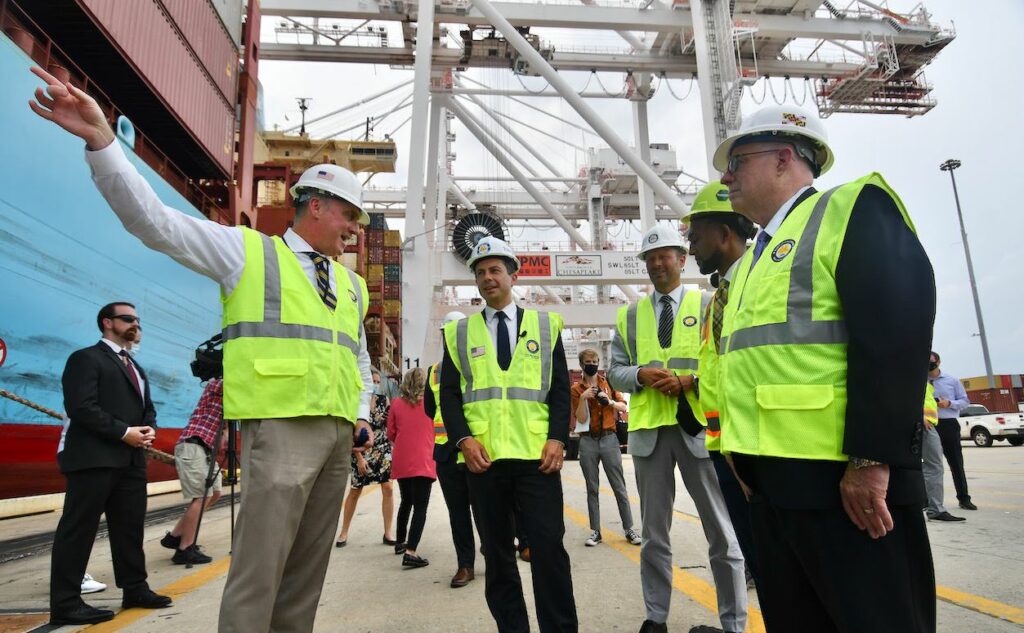