DSC Dredge, LLC, a world class manufacturer of portable cutter suction dredges was invited by the U.S. Department of Commerce (DOC) to join twelve other U.S. companies on a trade mission to the Philippines, Malaysia and Thailand in September 2013.

Charles Sinunu, International Sales Director for DSC Dredge, as well as DSC local representatives in Asia participated during this weeklong trip. The focus of the trade mission was on helping these countries address their growing energy and environmental needs. While most of the companies on the trip addressed renewable energy, DSC was one of the few able to focus on the environmental needs of each of the countries.

Dredges are often used to perform environmental cleanup in rivers and lakes and can make a substantial difference in the ecosystem of a body of water.

DSC was selected for this international opportunity for a couple of reasons—one was the impact dredges can play in environmental cleanup, the other was because of past export achievement awards DSC has received from the U.S. Government.

“We received the President’s “E” Award for excellence in exports,” Sinunu explains. “You have to show four years of increasing export growth to qualify for this prestigious award which was presented to Bill and Bob Wetta in the Oval Office of the White House by President Bush in 2008.”

“In 2012, we received the “E”-Star Award, which is the highest award any American company can receive from the DOC.”

“In order to qualify for the “E”-Star Award, you must be a recipient of the “E” Award and achieve an additional four years of increasing export growth. DSC is well known to the Department of Commerce, as they use many programs including the U.S. Exim Bank Loan Guarantee Program where dredge purchases can be financed for five years. Whenever there’s a trade mission that could be pertinent to our industry, DSC is encouraged to attend.”

Prior to the trip, the DOC put together a profile on each of the U.S. companies attending to determine who their prospective customers might be in Thailand, Malaysia and the Philippines. Meetings were then organized with potential customers and distributors, as well as government officials, in each country.

“We had excellent one-on-one meetings with prospective end-users,” comments Sinunu. “As a result of this trade mission, we are quoting millions of dollars’ worth of new business in Asia which we hope to close by the end of the year. While this trade mission lasted only one week, I spent an additional week visiting other Asian countries with our representatives,” Sinunu says. “We have excellent business potential for the future.” 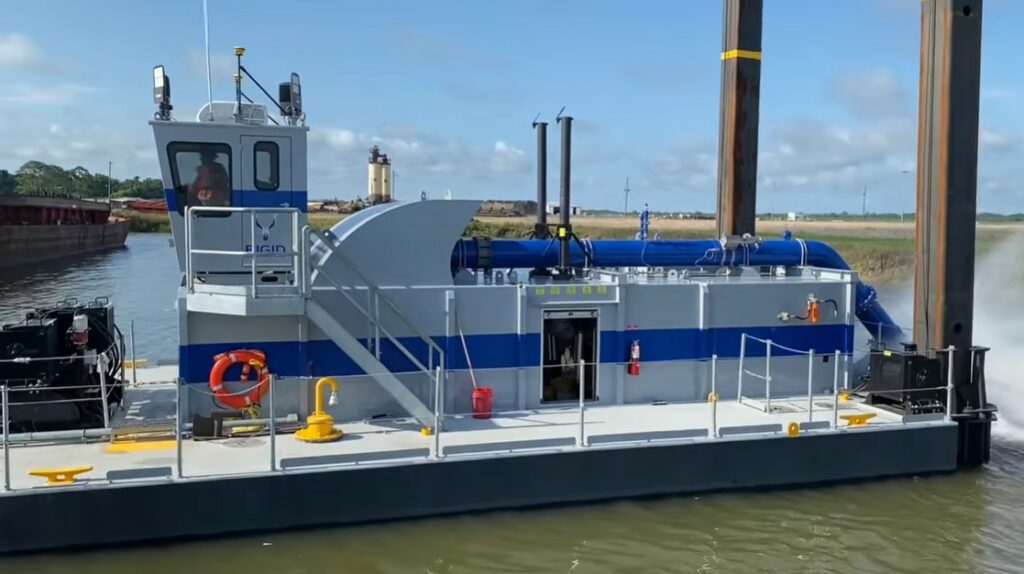