Based on current insights the second half of the year is expected to be strong with a high, stable workload and a good operational contribution. Various dredging projects with close-out results as well as the settlement of a longstanding equipment-related insurance claim also made a significant contribution. In view of these developments Boskalis is raising its earnings outlook and now expects a 2013 net profit of at least EUR 360 million.

The Dredging segment achieved a good result in the third quarter. Compared to the first half of the year the utilization level of the hopper fleet remained high whereas utilization of the cutter fleet was lower.

In the third quarter a result was realized on the Port Rashid project that was prematurely concluded in 2008. At the time losses were recognized for prematurely unwinding unfavorable fuel hedges for which Boskalis was recently partially compensated. Furthermore Boskalis settled a longstanding equipment-related insurance claim associated with damages suffered in 2007.

Contracts in South Korea, Russia and Qatar among others, were added to the order book in the third quarter. On balance the Dredging order book increased compared to mid-2013 to EUR 1,366 million.

The Offshore Energy segment, in which Dockwise has been included since the second quarter of 2013, had a good third quarter. In line with the first half of the year the activity level at both Subsea Contracting and Marine Contracting was high. As in the first half of the year, the Marine Services transport equipment utilization level was relatively low while the floating sheerlegs utilization level remained high. Subsea Services had a busy third quarter after a weak start to the year.

The fleet utilization at Dockwise was at a slightly lower level than in the first half of the year. Despite the fact that market conditions continue to be very competitive, the spot market for heavy marine transport picked up and utilization will be high in the fourth quarter. The Dockwise order book increased in the third quarter, due in part to two contracts for the Dockwise Vanguard.

The Dockwise Yacht Transport (DYT) activities were sold at the beginning of the fourth quarter. This transaction does not have a material impact on Boskalis’ earnings in 2013.

In the Inland Infra segment Boskalis sold its 40% stake in Archirodon at the start of the third quarter, resulting in a pre-tax book gain of slightly more than EUR 50 million that was realized in the third quarter. Following the sale this segment primarily consists of the Dutch infra activities. The result of these Dutch activities improved slightly compared to the first half of the year, despite persistently challenging market conditions.

At Towage & Salvage the level of activity was stable compared to the first half of the year. SMIT Salvage had a relatively quiet period with a limited number of emergency response assignments.

In mid-September Boskalis signed an agreement with Sudamericana Agencias Aéreas y Marítimas S.A. (SAAM) to merge the harbor towage operations of SMIT and SAAM in North and South America. The combined entity will be formed in 2014 by means of two joint ventures, following the required approval of the regulators and local financiers.

In the first half of October the harbor towage activities in Gladstone, Australia, were transferred to Smit Lamnalco. This transaction will not have a material impact on 2013 earnings.

For the remainder of the year the Board of Management expects market developments to be in line with the first three quarters, barring unforeseen circumstances. Based on current insights the second half of the year is expected to be strong with a high, stable workload and good results anticipated on a number of dredging projects with close-out results.

Capital expenditure is expected to total around EUR 330 million in 2013, funded from Boskalis’ own cash flow. 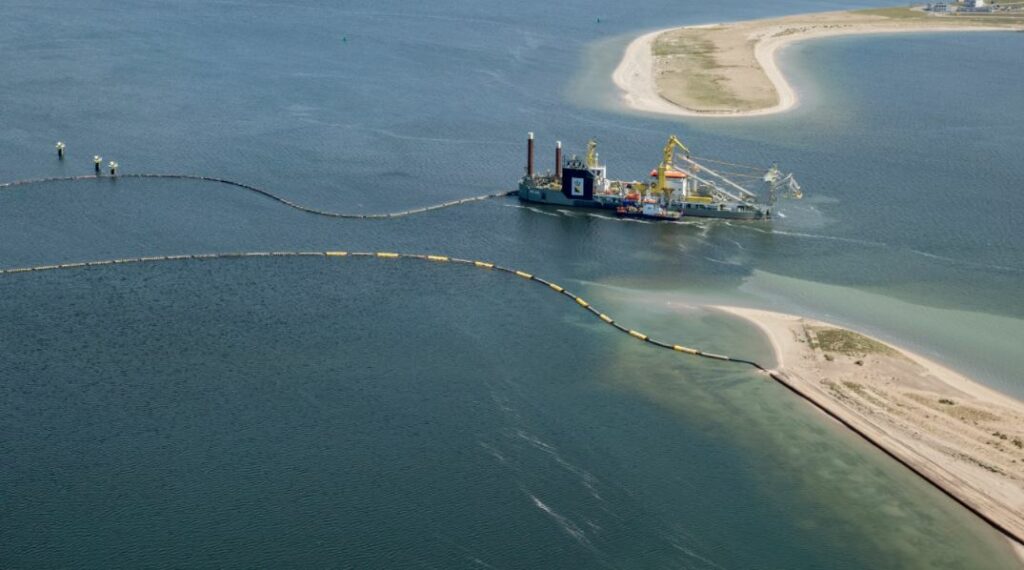