The development works, undertaken annually to maintain the shingle embankment which protects people and property from tidal flooding between Snettisham and Heacham, started today and will be completed within two weeks.

The embankment is a type of ‘soft’ sea defence, designed to be eroded over the autumn and winter, with repairs made early each year to maintain the standard of protection.

The East Coast storm surge on 5 December last year caused considerably more damage than usual, reducing the embankment by 75% in some parts and creating two significant breaches. Emergency repairs have already been completed to these areas, so the regular maintenance can now be done.

Ryan Ely, Environment Agency technical specialist, said: “We generally use around 7,000 cubic metres of sand and shingle to reinforce the defences, with this stage of the work bringing the defences back to the right standard.”

The Environment Agency monitors beach levels throughout the year and assesses how much material will need to be taken from Snettisham Scalp and where it will need to be placed.

The project is currently carried out in partnership with Natural England and the RSPB due to the environmental importance of this coastline. The Environment Agency carries out ecological monitoring to ensure there is no long term detrimental effect on the ecology of the area. 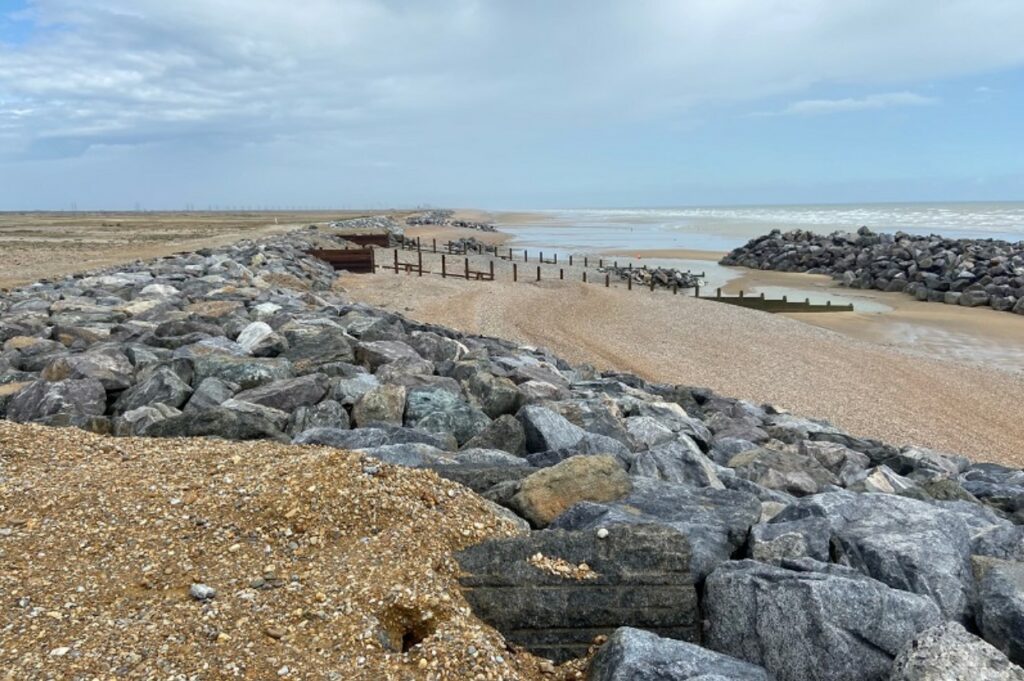