IMS has announced that Grupo Terra’s IMS Depth Master Dredge operating at the Xacbal Dam is successfully removing silt and sand from 55 ft. (16.7m) depth. The Depth Master Model DM-55 is removing the silt from the dam to keep the turbines operating which are critical for producing Guatemala City’s energy.

In November 2011 HidroXacbal approached IMS to come up with a solution to solve the challenging application at Xacbal Dam. The dam required a 55 ft. (16.7m) maintenance dredger. There are dozens of manufacturers around the world that could meet the digging depth requirement, but only IMS could offer a system that is two-truck transportable, has a low turbidity horizontal cutterhead, and has an optional liner protection system which includes bottom sensors, cutterhead cage, and guidance wheels to protect the poly lined dam.

Ryan Horton, IMS Global Sales Director, flew to Guatemala and then took a one hour helicopter ride to the remote mountain location with IMS’s Territory Manager, Felix Montes, to inspect the Xacbal Dam. On the way to the site Horton took note of the roads leading to the dam.

“Once we got out of Guatemala City I could see the logistical challenge that was ahead of us. We actually brought a leading freight expert Oscar Caniz, President of Caniz International Corporation, with us to the site to assess the travel route from the seaport to the dam. There were 90 degree turns in villages with dirt roads and buildings on all sides of the road. The scariest part of the route to the site was the roads with deep drops into canyons with no guard rails and no anti-erosion measures. It was basically a worst case scenario logistics situation,” said Horton.

After a series of detailed meetings with HidroXacbal, the division in charge of the Xacbal Dam, IMS was able to offer the Depth Master Model DM-55 as a solution. One European supplier offered a siphon type dredge as a solution, but there were concerns over the crater effect caused by the system and its overall performance. Other hanging pump options were considered but under water cave ins have been known to bury these pumps which then need to be completely replaced if the hoisting line snaps during the collapse.

The client wanted an even bottom profile like the Depth Master creates to remove the sediment in layers and prevent major material collapses underwater. The Depth Master for HidroXacbal would be outfitted with a Dredging GPS System, horizontal environmental cutterhead, and a redundant liner protection system.

Due to the extremely narrow roads in some of the mountain passes, IMS was asked to remove the power units, ladder system, pump and cutterhead and ship them separately. These modifications lowered the center of gravity and made it even easier to get the system on site. IMS Field Service Technician, Victor Tirado, flew to the site and guided the HidroXacbal’s personel on how to assembly the dredge.

IMS started the dredge at the dam in late 2013 and did another follow up training and maintenance visit in 2014 to make sure the project was on track. The Depth Master is working on a daily basis at the dam to ensure proper function of the turbines to supply electricity to Guatemala City. 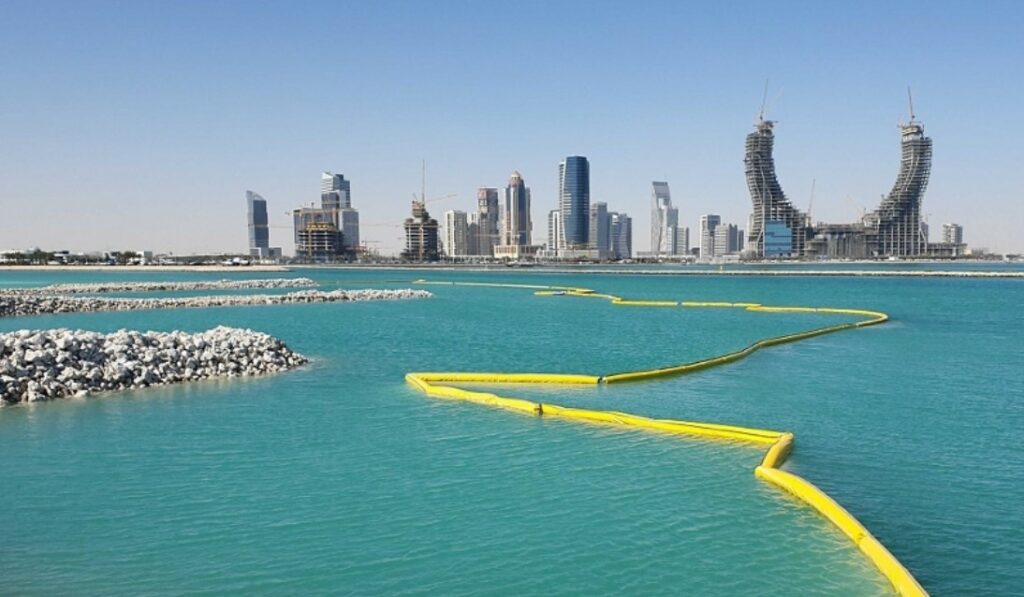