The peak industry body for the Queensland resources sector said the Senate report into the Great Barrier Reef backs the work that was well underway to improve reef health.

“We thank the Senate for its comprehensive inquiry into the Great Barrier Reef that adds to the pool of evidence and information that is aiding in the rehabilitation of the reef against its biggest threats,” Mr Roche said. “We also fully support increased resources being directed towards management of the reef, however we do not support any blanket ban on dredge spoil disposal at suitable locations at sea.”

“While the blame for the degradation of the reef has been unfairly heaped upon the ports and shipping servicing Queensland’s minerals and energy producers, containing the managed expansion of Queensland ports to meet the demand of trade markets will not make a difference to the frequency of storms, starfish outbreaks or the terrestrial water run-off that scientists agree are responsible for the current health challenges for the reef.”

“The draft Reef 2050 Long-Term Sustainability Plan, soon due for release, is a comprehensive action plan that has been put together by all relevant stakeholders from state and federal government, scientists, industries including, tourism, resources, ports and fishing, as well as NGOs including WWF.”

“We are part of a team that is working together to help the reef and I am pleased to say that most of the recommendations in this report are already in train,” Mr Roche said.

Despite most of the recommendations aligning with current work across the reef stakeholder group, Mr Roche said it was unsurprising that Labor and the Greens had taken a negative stance against the one stop shop for environmental approvals.

“Opposition to the one stop shop flies in the face of report after report backing this important reform. We welcome the Coalition’s stance to support the reforms to the EPBC Act that will streamline approvals processes between state and federal governments,” Mr Roche said.

Mr Roche said that a ban on at sea disposal of dredge spoil made no environmental sense. “Every project must be examined on its merits given that land based options are sometimes simply not viable where adjacent coastal lands may have high conservation or cultural value. The challenge is how well we manage the reef for positive economic and environmental outcomes and to work together, as is being done through Reef 2050 Long-Term Sustainability Plan.” 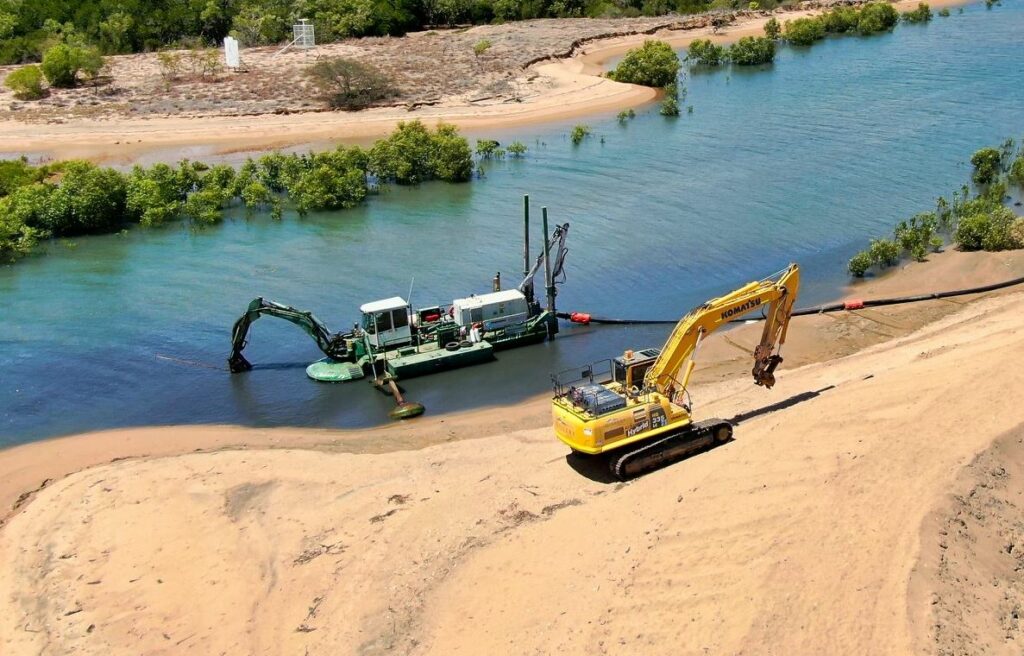