Advertisement
Back to overview
Home Dredging Today IADC: Highlights of 2014

The International Association of Dredging Companies (IADC), exclusively for Dredging Today, looks back at 2014 and forward to 2015 when it will celebrate its 50th anniversary.

IADC has over one hundred main and associated members. Together they represent the forefront of the dredging industry.

This quick overview shows some of the IADC’s achievements in 2014.

The publications have been popular with a substantial number being downloaded.

Translations into Spanish, French and Portuguese

Main parts of the IADC website were launched in French, Spanish and Portuguese.

Also the free digital version of Dredging for Development was translated into Spanish and is now available as a free download on IADC’s website.

Successful Seminars on Dredging and Reclamation were held in Australia, Singapore and The Netherlands. Over 90 participants attended and successfully completed the tender assignment.

2014: a new year,  a new format. In addition to the hard copy IADC also launched its journal Terra et Aqua in a digital format. This format makes it possible to enrich the journal with interactive buttons and interesting links.

This year articles were published on subjects such as: safety, emissions, ecosystem services and the discovery of the Middle Stone Age civilisation that flourished on the Maas-Rhine delta 9,000 years ago.

Dredging Figures 2013, the review of the global dredging market focussing on the situation in 2013, was published.

This year’s IADC Young Author Award more than fulfilled its goal to recognise young people working in the fields of dredging and maritime research. At the 33rd PIANC World Congress IADC presented its award to Mr Coraggio Maglio for his paper, “Reducing Shoaling in the Gulf Intracoastal Waterway and Erosion of Barrier Islands along West Galveston Bay”.

The honour was shared by his team of co-authors – Kimberly Townsend, Rob Thomas, Derek Thornton, Jantzen Miller, Tricia Campbell, Lihwa Lin, Sheridan Willey, and Eric Wood – most of whom are also young professionals and all of whom are members of the US Army Corps of Engineers.

The article can be downloaded here.

IADC members have always been committed to reducing the number of industry accidents and incidents to zero. However taking safety a step further, in November 2013, a group of QHSE experts from the member companies were nominated and the IADC Safety Committee was established.

One of the items that the committee has been charged with is the development of a “Charter of Best Practices”.

This year the IADC intensified its activities on social media with daily updates.

In 2015 IADC will celebrate its 50th anniversary. A special book depicting 50 projects over 50 years will be published. Also a unique conference and pre-conference networking event will be organised in Hong Kong.

To engage anyone involved in the dredging industry IADC will start various social media actions with nice prizes such as a free 50th anniversary book.

What else to expect?

·     2 unique 5-day seminars will take place for the first time in South-Africa and Indonesia; 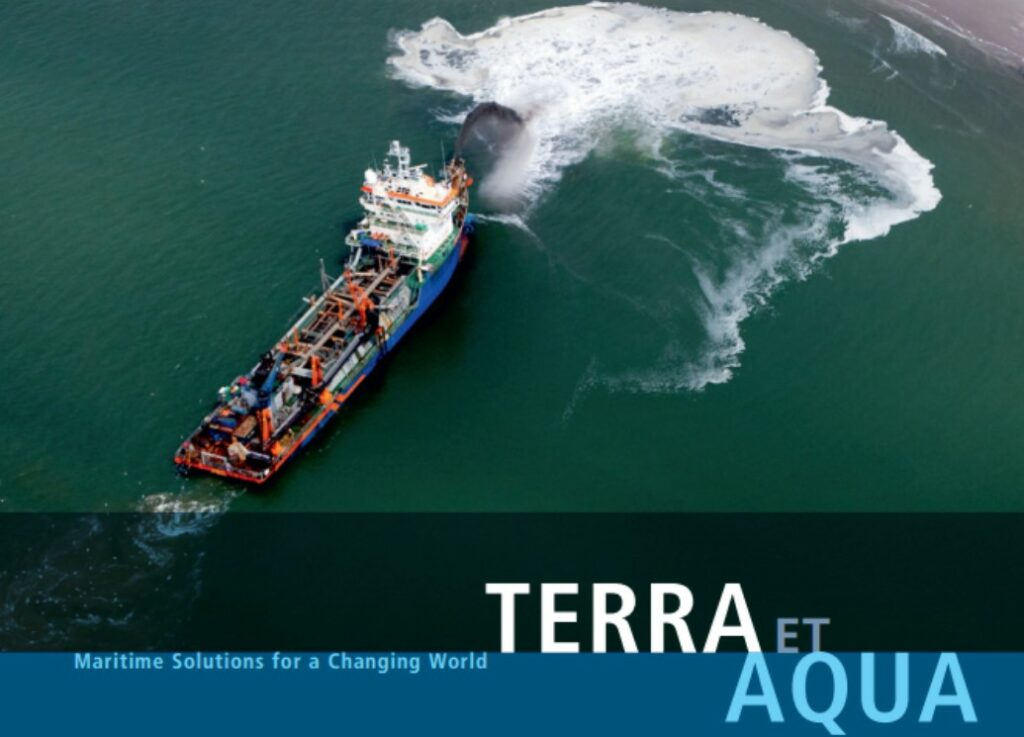