The first machine, the Auxiliary Cutter, is a preparatory machine that deals with rough terrain and creates benches for the other machines to work; Damen delivered an electrically driven dredge pump type BP45-1100 for it, plus a number of dredge valves.

The second machine, the Bulk Cutter, is more powerful and has higher cutting capacity. Damen delivered another dredge pump and dredge valve set for this piece of equipment..

The third machine is the Collecting Machine which collects the cut material and pumps it to the next station. For this Collecting Machine, Damen delivered a customized cutter unit, 3 electrically driven dredge pumps type E-BP2320 as well as a number of dredge valves.

The three SPTs were shipped in early February to a test site in Oman and all systems will undergo wet testing.

The first mining operations are scheduled for 2018, where the deep sea mining vehicles will be working in Papua New Guinea on Nautilus’ Solwara 1 copper-gold mining project. 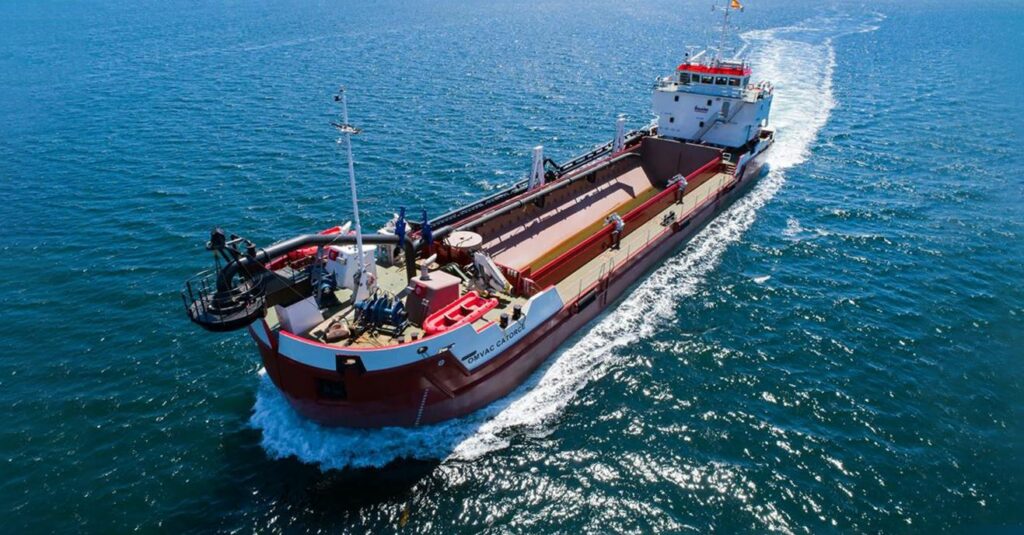