Port of Baltimore to Receive $105M in Federal Funding

U.S. Senator Barbara A. Mikulski, Vice Chairwoman of the Senate Appropriations Committee, has just announced that the fiscal year (FY) 2017 Energy and Water Development funding bill includes $105 million to invest in the Port of Baltimore.

In the next step of the appropriations process, the bill will move to the Senate floor this week.

“From the dock workers who unload the ships to the manufacturers who rely on cargo transported by the ships, the Port means jobs. Through construction jobs and ‘The Corps’ dredging to prepare the port for the bigger ships that will soon be sailing through the widened Panama Canal, we are supporting jobs today and jobs tomorrow,” Senator Mikulski said.

The bill includes $20.575 million for annual maintenance dredging of the Port of Baltimore shipping channels, a major economic engine for America and Maryland, supporting more than 25,000 jobs across the state – including 14,630 direct jobs.

Projects for the Port of Baltimore receiving federal funding include:

The bill also includes $50 million equally divided between donor ports and energy transfer ports as authorized in the Water Resources Reform and Development Act of 2014 (Public Law 113-121).  Collectively, these twenty ports are responsible for more than 60 percent of the total Harbor Maintenance Tax collection each year.

The bill provides approximately $1.3 billion for the Harbor Maintenance Trust Fund. This exceeds the target in the Water Resources Reform and Development Act (Public Law 113-121).

Across the country, a backlog of dredging projects forces vessels to carry less than their capacity, threatens to close harbors and increases the risk of vessel grounding. While dredging is the Harbor Maintenance Trust Fund’s primary activity, other functions include construction and maintenance of dredge material disposal areas, jetty repair and operation activities. 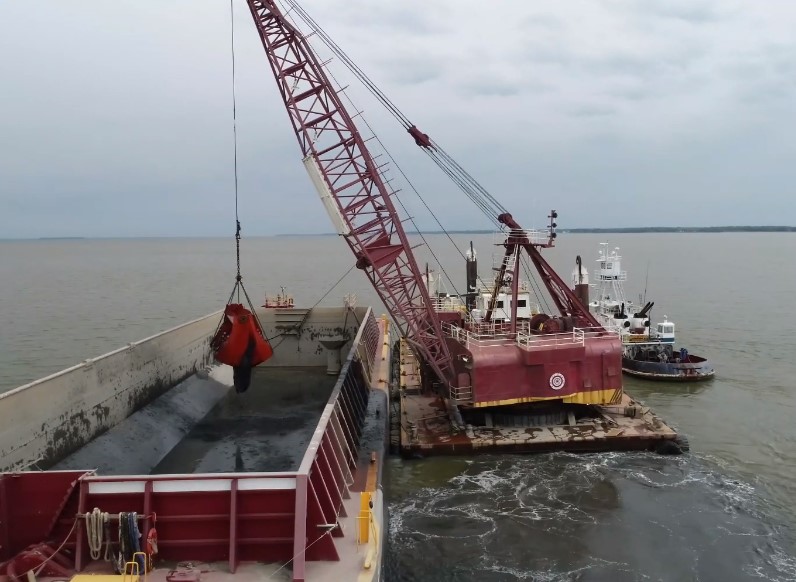