New Jersey Department of Transportation (NJDOT) officials have announced that the project to dredge the Shark River in Monmouth County would resume.

Work is expected to complete early this winter.

“Mariners should be advised that State Aids to Navigation (ATON) have been removed for the duration of the project. All mariners, including those utilizing human powered craft, should be especially alert to project pipeline routes and crossings,” NJDOT stated.

Efforts to dredge the Shark River have been underway for well over a decade.

After Superstorm Sandy, the need to dredge the river increased significantly due to sediment deposited by the storm, impeding navigation within those channels.

Mobile Dredging and Pumping Co. was awarded the $7.6 million contract in the summer of 2015 to restore the state channels to allow safe passage for recreational and commercial traffic.

The project requires dredging sediment comprised of sand and silt. The sediment will be hydraulically dredged and piped to a mechanical dewatering operation near the Belmar Marina. 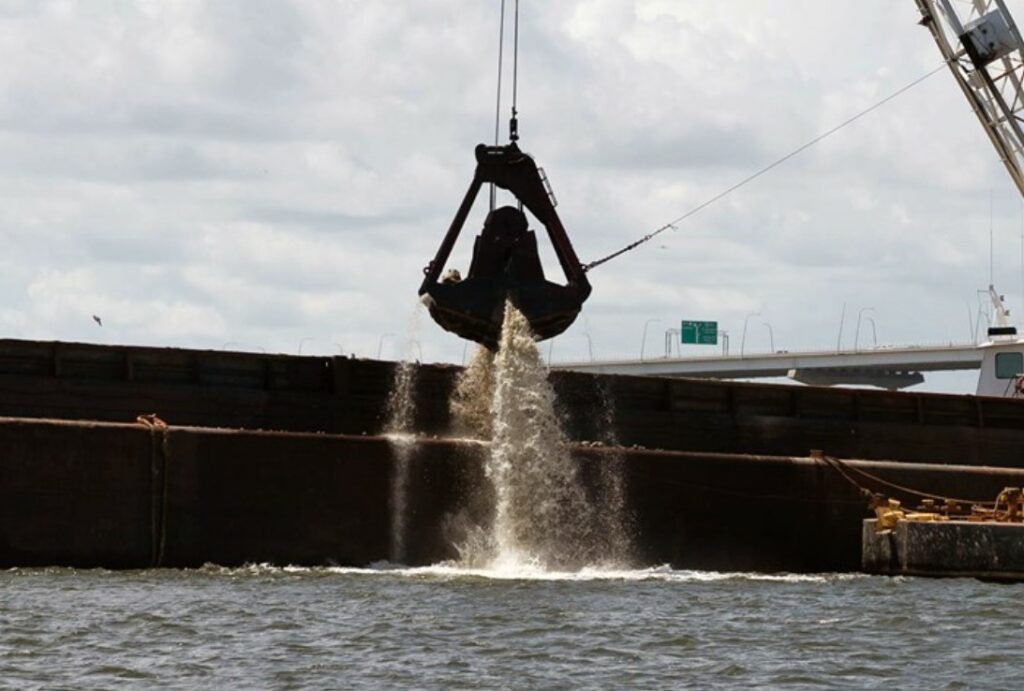