These projects represent two out of seven total projects that were selected for funding by the RESTORE Council under its Initial Funded Priorities List that will directly benefit Louisiana.

One additional grant in the amount of $7.3 million was funded by the RESTORE Council in September for the engineering and design of the West Grand Terre Beach Nourishment and Stabilization Project.

“These restoration projects also work together with the $15 billion structural hurricane storm damage risk reduction system (HSDRRS) around the Greater New Orleans area. We are eager to begin work on these projects to accomplish the multiple goals of ecosystem restoration, improved resilience for the HSDRRS, and improvements to fish and wildlife habitat and enhanced recreational opportunities.”

The Golden Triangle lies at the confluence of the Mississippi River Gulf Outlet (MRGO) and the Gulf Intracoastal Waterway (GIWW), an area referred to as “the funnel” after Hurricane Katrina in reference to the effect of storm surge passing through both channels to become one traveling west towards New Orleans.

The Biloxi Marsh Living Shoreline project area is located along the shoreline of Eloi Bay and Eloi Point, near the mouth of Bayou la Loutre adjacent to and directly east of the now-closed MRGO. 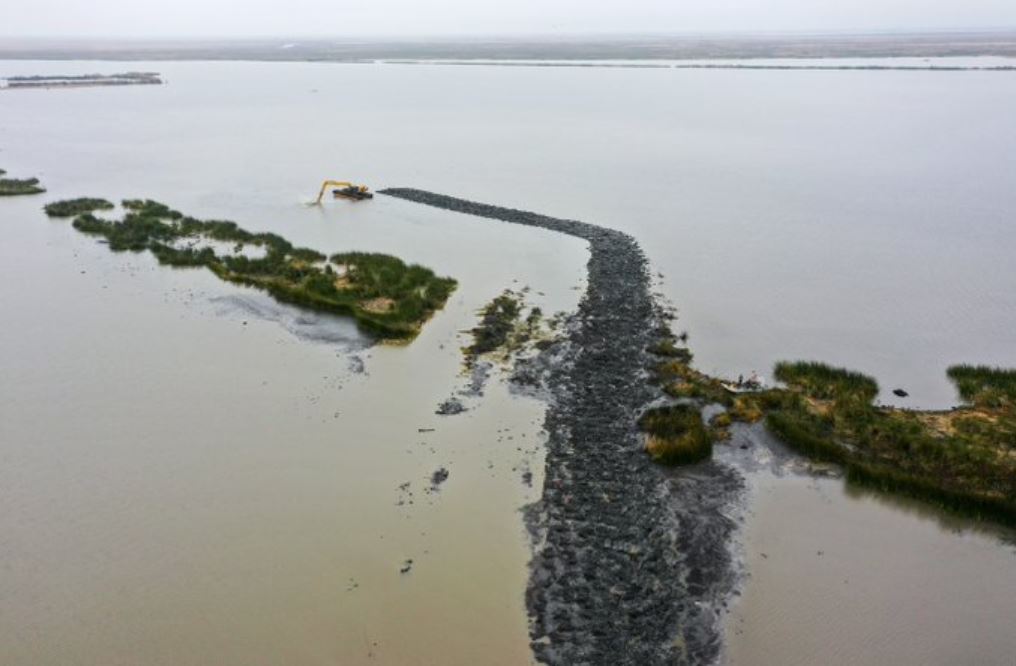