WASA Dredging has announced that the construction of two 1010m³ self-propelled split barges named ‘Boann’ and ‘Sinann’ is moving ahead according to schedule.

The vessels are designed in-house WASA and are standard WASA SHB 1010 split-barges.

The complete construction of these barges is taking place at the Scheepswerf Pattje yard in Waterhuizen near Groningen.

“Currently we are operating 6 non-propelled split barges. Adding these two self propelled, fast ships will increase the transport capacity within the company,” said Daniel Backlund of WASA Dredging.

“The ships are equipped with an especially heavy-duty build hopper, for loading big stones and blasted bed rock. The ships will be manly used at dredging projects with long sailing distances to the dump areas.”

The barges will be ready during the spring of 2017.

WASA has just released a video from the ‘Boann’ launching ceremony: 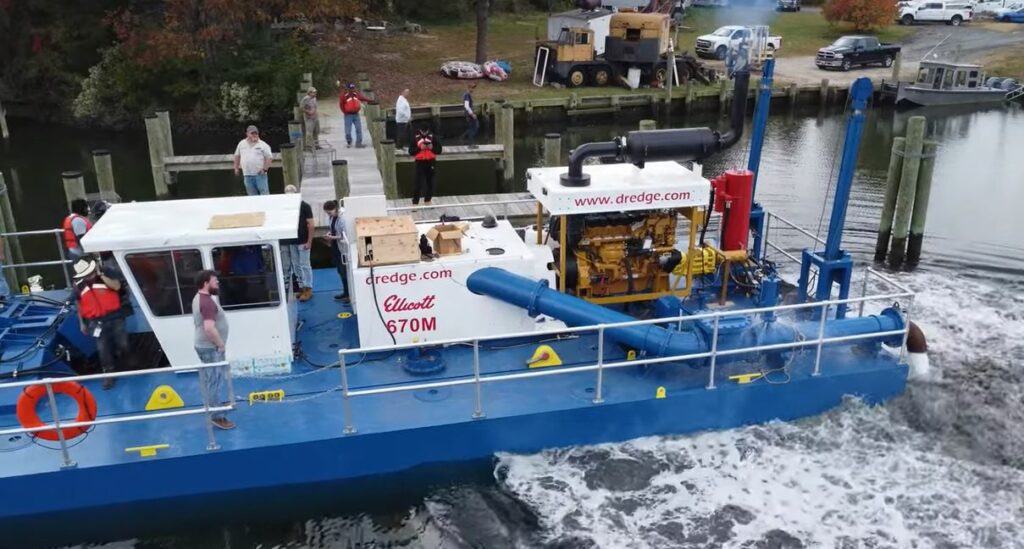