A ceremony has taken place in Elgin to mark the official opening of the flood alleviation scheme designed by Royal HaskoningDHV.

The scheme has been 13 years in the making, is the largest of the five schemes in the Moray framework and the last to be completed.

Designed to alleviate the frequent and devastating flooding suffered by residents and businesses in the city of Elgin, the scheme was commissioned by Moray Council in 2004 as part of a Moray-wide framework.

Construction of the Elgin scheme started in 2011 and includes embankments, flood walls and bridges along 9km of the River Lossie. The work has rerouted possible flood waters and opened up the existing flood plain downstream.

Tamzen Pope, Royal HaskoningDHV’s Project Manager said: “The value of the Elgin scheme was proven before it was even completed as the tail end of Hurricane Bertha wrought havoc throughout Moray in August 2014. Even though work was only partially complete, around £30 million of damages affecting 300 homes and 50 businesses were avoided in Elgin alone.”

Bob Bryce, Supervisor of the Elgin Flood Alleviation Scheme said: “I’ve worked on the Moray Flood Alleviation Scheme since 2002 and have been able to watch the entire project take shape, I even postponed my retirement to see it through to completion! Looking at it today, I am extremely proud of the difference it has made to the area and to the city that I now call home.”

The project team, led by Moray Council and including Royal HaskoningDHV, Morrison Construction and Arcadis, was awarded a Commendation at the 2016 Saltire Civil Engineering Awards last October for their work on the scheme. 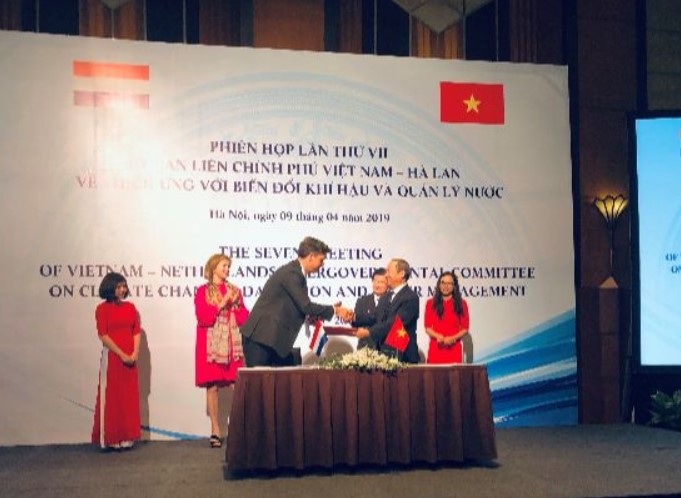