In an effort to reduce the dangers to crew both inside and outside a vessel, Damen Shiprepair entrusted a CCTV-system (installed by RBC) with overseeing activities taking place in high-risk locations, including the engine, pump and turret rooms as well as confined spaces.

At the onset, hazardous situations increased significantly but with this information, Damen was able to improve the safety management system and guarantee worker’s safety.

The cameras will soon be wireless, but until then needs a 220V power source and cable to connect with the central supervision unit.

The system reduces operational costs by 20 to 50 per cent by requiring less static safety consultants on site.

The Award seeks to identify the exceptional safety performance of a particular project, product, ship, team or employee.

Launched in 2015, the IADC Safety Award is intended to encourage the development of safety skills on the job, rewarding people and companies demonstrating diligence in safety awareness in the performance of their profession.

The IADC Board of Directors will present the winner of the Safety Award 2017 at the IADC Annual General Meeting in Marseille, France, in September 2017. 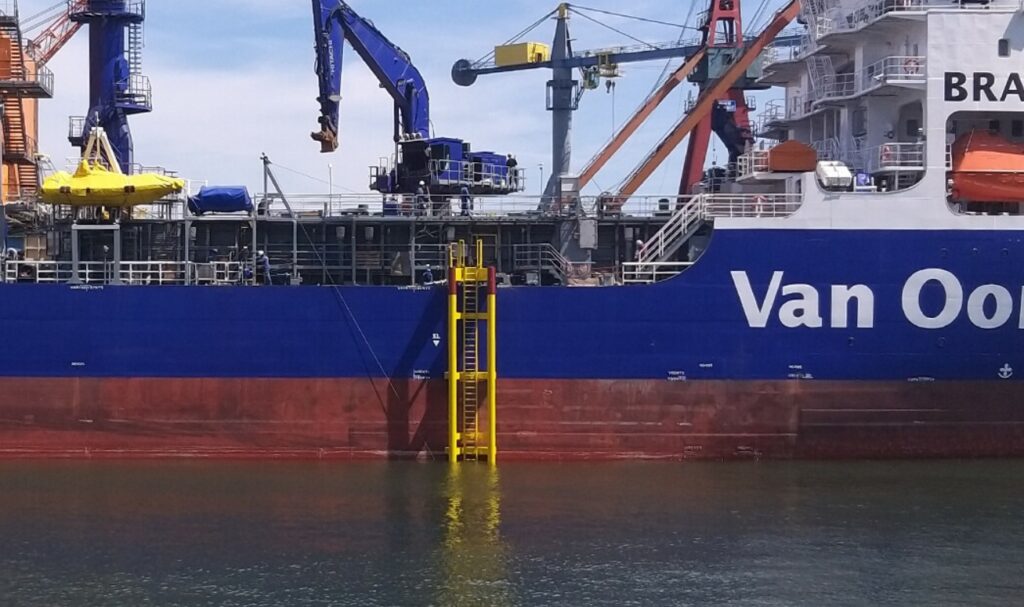