Rotech Subsea Ltd. has won a significant harbor clearance work scope and are set to deploy a new RS1 excavation tool which has been specially adapted to meet demand from port authorities.

Based on the subsea innovator’s high pressure RS1 excavator, the evolved tool has been adapted in-house by Rotech Engineering for excavating difficult to access areas, such as underneath pontoons or piers. The modifications were carried out by the Aberdeen group’s on-site fabrication unit, Rotech Fabrication.

“We are delighted to mobilize our new RS1 tool on this harbor clearance scope,” said Rotech’s Director of Subsea, Steve Cochrane. “We have been in dialogue with a number of key Port Authorities recently and our in-house Engineering and Fabrication division have subsequently developed, built and tuned a tool to meets their requirements.”

“It’s a great example of the flexibility of the RS design,” added Cochrane. “But also a great demonstration of the group’s ability to work closely with clients to produce bespoke tools to meet their subsea needs.”

According to Rotech, the RS1 will mobilize for the undisclosed UK Port Authority client in the coming weeks. 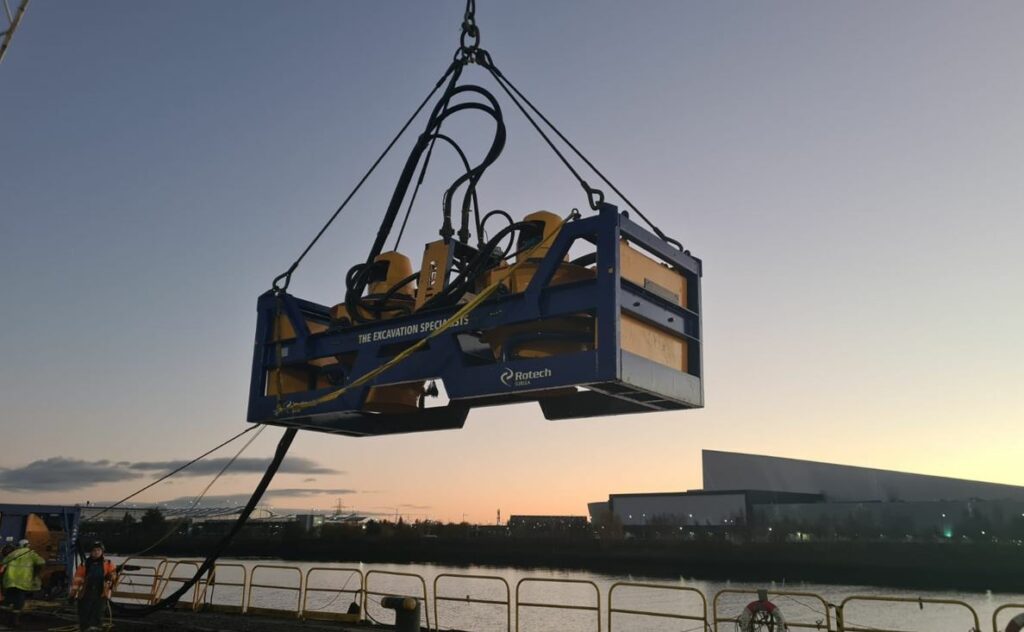