Rijkswaterstaat has awarded the Afsluitdijk project to the Levvel consortium, the joint venture consisting of Van Oord (with Aberdeen/APG), BAM (with PGGM) and Rebel.

Levvel will be responsible for design, build, finance and 25 years maintenance of the strengthened Afsluitdijk.

Construction works are expected to start in the autumn of 2018, and completed in 2023. The net present value of the project is approximately EUR 550 million.

Michèle Blom, director general of Rijkswaterstaat: “Rijkswaterstaat is looking forward to working with Levvel. Levvel has created a smart and robust design that honors the heritage of Lely (the civil engineer and statesman, who was responsible for turning the former Zuiderzee in the IJsselmeer and for reclaiming a vast area of new land).”

On behalf of the consortium Levvel, Pieter van Oord, CEO Van Oord, said: “As consortium, we are very pleased with the award of this contract. It is an honor to be able to contribute to this unique project, which has protected large parts of the Netherlands against flooding since 1932. After completing the reinforcement of the Afsluitdijk, the Netherlands once again has an iconic project as a symbol of the innovative nature of Dutch (marine) engineering.”

After the Afsluitdijk has been reinforced, it will be able to withstand a storm which happens once in every ten thousand years.

Icon The Afsluitdijk has been an example of Dutch marine engineering for decades. The 32 kilometer long dam protect large parts of the Netherlands since 1932 against flooding from the Wadden Sea and the IJsselmeer. After more than 85 years, the dyke is in need of renewal. 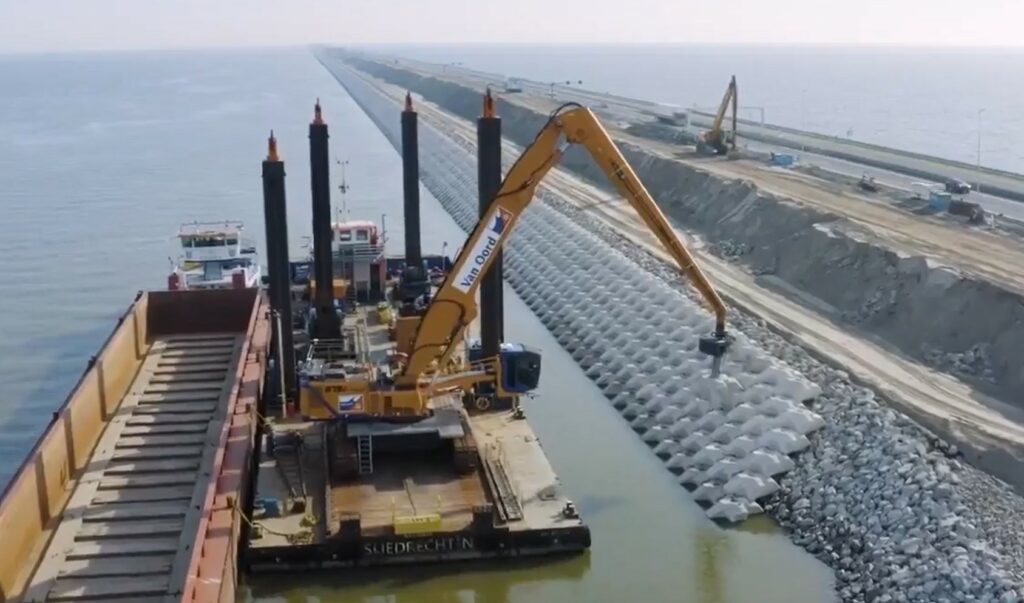