The U.S. Army Corps of Engineers, Mobile District, and the City of Atlanta have completed and approved the Recommended Plan of a three-year, joint-funded feasibility study for aquatic ecosystem restoration in the Proctor Creek watershed.

The Proctor Creek – located within the City of Atlanta, Fulton County, Georgia – flows in a northwesterly direction originating in downtown Atlanta and terminating in the Chattahoochee River, covering approximately 16 square miles and nearby to the Chattahoochee River National Recreation Area, which is visited by more than three million people each year.

“The Corps is excited to partner with the City of Atlanta on this project, and appreciates the level of positive contributions made by all our federal colleagues at the Urban Waters Federal Partnership,” said Brig. Gen. Diana Holland, commander, USACE South Atlantic Division, of the approval of the joint-funded feasibility study for Proctor Creek. “As an organization that Builds Strong, the Corps takes pride in our joint effort to help restore an urban channel that will make a positive impact on the surrounding communities of Atlanta’s west side.”

According to the Corps, the Recommended Plan includes restoration of sections of lower and middle Proctor Creek and portions on the Terrell Creek Tributary and the Grove Park Tributary using a variety of engineering techniques adaptive to the water and surrounding ground conditions.

And to complete the Proctor Creek watershed project, USACE is moving forward with initiating a Project Partnership Agreement with the City of Atlanta. When the agreement is signed, both parties will then submit funding requests to complete design and construction of the project under a federal/non-federal cost share arrangement. 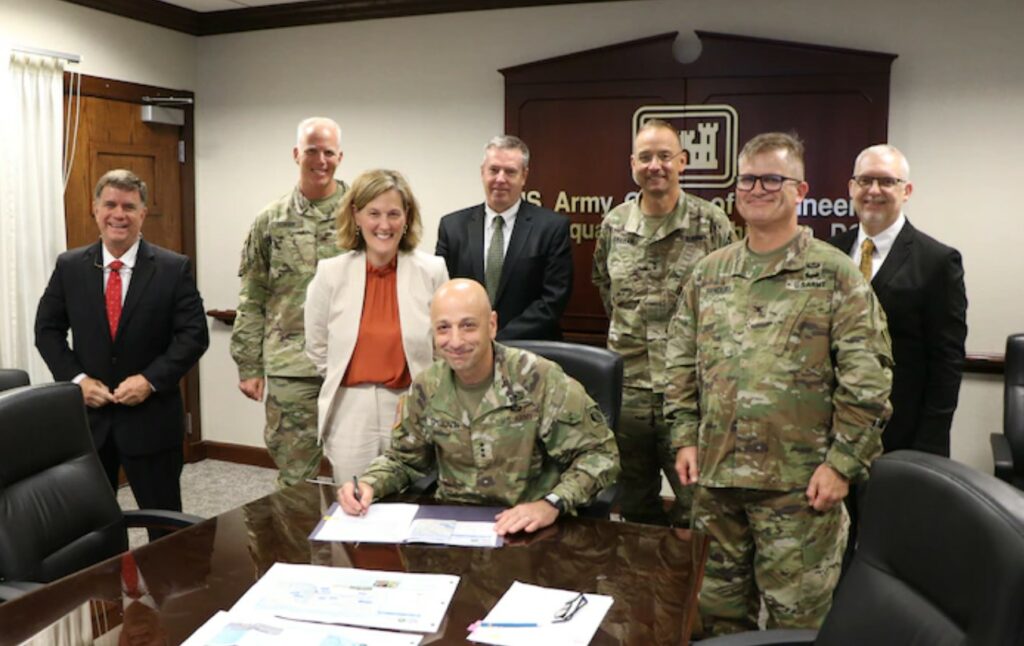