Stage Two of Whyalla Breakwater Project Gets Underway Next Month

There will be no week-day access to the Whyalla marina’s southern and sea-facing breakwaters for about two weeks next month, the South Australia’s City of Whyalla said in their latest release.

Local company Whyalla Earthworks will be continuing with second stage of the breakwater rock armor installation project that will strengthen the sea-facing breakwater. This work will shore up this important section of the marina to ensure its continued safety, the city stated.

The first stage of the project involved carting in 180 five-tonne rocks and strategically placing them along the sea-facing breakwater in June this year. The second stage – starting on Monday, November 5 – will see another 200 rocks placed along the breakwater.

“For the duration of the project, part of the carpark near the entrance to the southern breakwater will be blocked off on week days and there will be no access to the southern and sea-facing breakwaters,” the city said. 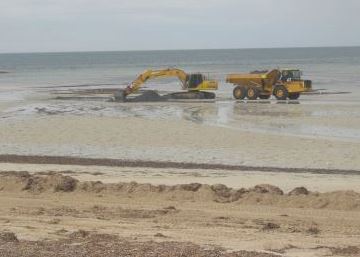