Governor John Bel Edwards has announced that the state Coastal Protection and Restoration Authority (CPRA) is pledging $80 million from its share of Gulf of Mexico Energy Security Act funds (GOMESA) to build a permanent floodgate across Bayou Chene.

“Backwater flooding in St. Mary and neighboring parishes has increasingly been a problem over the past decade as the Mississippi River and in turn, the Atchafalaya, has reached flood stage,” said Gov. Edwards. “We are investing in this flood protection project to provide a permanent, long-lasting solution for the people of St. Mary’s Parish and the surrounding region.”

CPRA began evaluating this project shortly after the 2011 flood event and fully incorporated it into both the 2012 and 2017 Coastal Master Plans. The agency put $5 million towards the engineering and design of this project and has now identified an additional $75 million from GOMESA for construction.

The flood control project will feature steel receiving structures on the banks of Bayou Chene with a 400-foot barge gate that can swing into place and be sunk, providing an elevation against storm surge of 10 feet.

It will include braced steel sheet pile floodwalls also elevated to 10 feet. The existing Avoca Road will be elevated to eight feet with an eight-foot earthen levee stretching from Avoca Road to the structure along the existing borrow canal.

To design the permanent structure on Bayou Chene, the St. Mary Levee District has contracted with APTIM, the firm that designed the 10,000-foot-long, 26-foot-high storm surge barrier across Lake Borgne as part of the Greater New Orleans Hurricane Storm Damage Risk Reduction System.

The construction contract will go to bid after the engineering and design is complete. 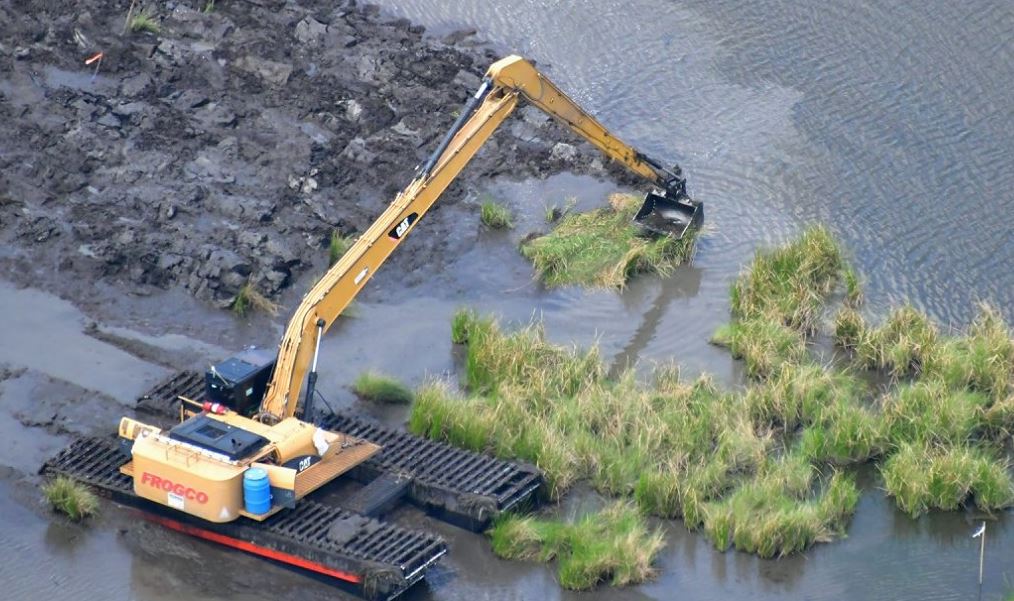