Official beginning of the Port of Corpus Christi Ship Channel Improvement Project (CIP) is set to take place on Wednesday, May 29, marking a significant milestone in the United States’ progress to becoming the net exporter of the nation’s energy production.

In January 2019, the U.S. Army Corps of Engineers awarded a $92 million construction contract to Great Lakes Dredge & Dock Company (GLDD) to deepen and widen the Corpus Christi Ship Channel from the Gulf of Mexico to Harbor Island – part of the Channel Improvement Project (CIP).

“We commend the Army Corps of Engineers for progressing the highly anticipated Corpus Christi Ship Channel Improvement Project, and the selection of Great Lakes Dredge & Dock to perform on this first contract is an extraordinary step forward in positioning the United States as the largest exporter of energy in the world,” said Sean Strawbridge, Chief Executive Officer for the Port of Corpus Christi at the ceremony.

This project will increase the depth from -47 feet Mean Lower Low Water (MLLW) to -54 ft MLLW from the jetties at the entrance of the ship channel to Harbor Island and will extend the CCSC into the Gulf of Mexico to -56 feet MLLW.

In November 2018, USACE announced its Fiscal Year (FY) 2019 Work Plan, which included an additional $59 million in funding for the CIP, bringing the total Federal appropriations for the CIP to $95 million. 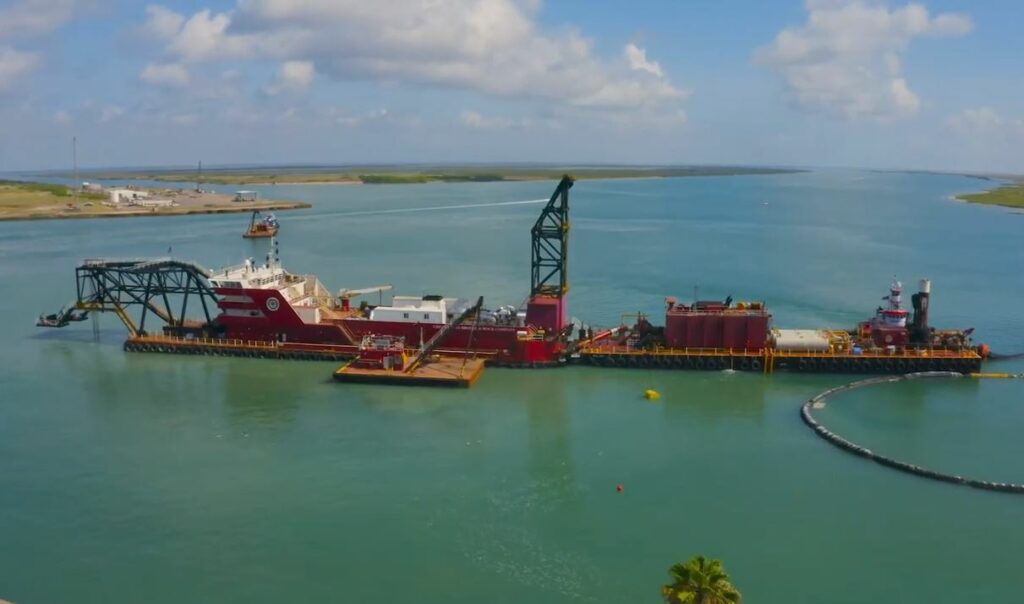