The company reported that during the works a total of 5,500m³ of material was removed, allowing a new pontoon structure to be installed to assist the pilot boats and other commercial vessels.

“Our crews battled rough seas in order to complete the project as quickly as possible to minimize disturbance within the harbor,” ML Dredging said in the release.

The project was carried out by the ML Dredging’s backhoe dredger Witton II, accompanied by the split hopper barges Split Three and Split Two.

The company also added that upon completing the initial dredging works they were subsequently awarded 3 other zones in which to carry out dredging works by the Harbor Master.

Following the completion of the works, ML Dredging will now mobilize the equipment from Newhaven to Portsmouth to carry out crucial dredging works for INEOS British Racing Team. 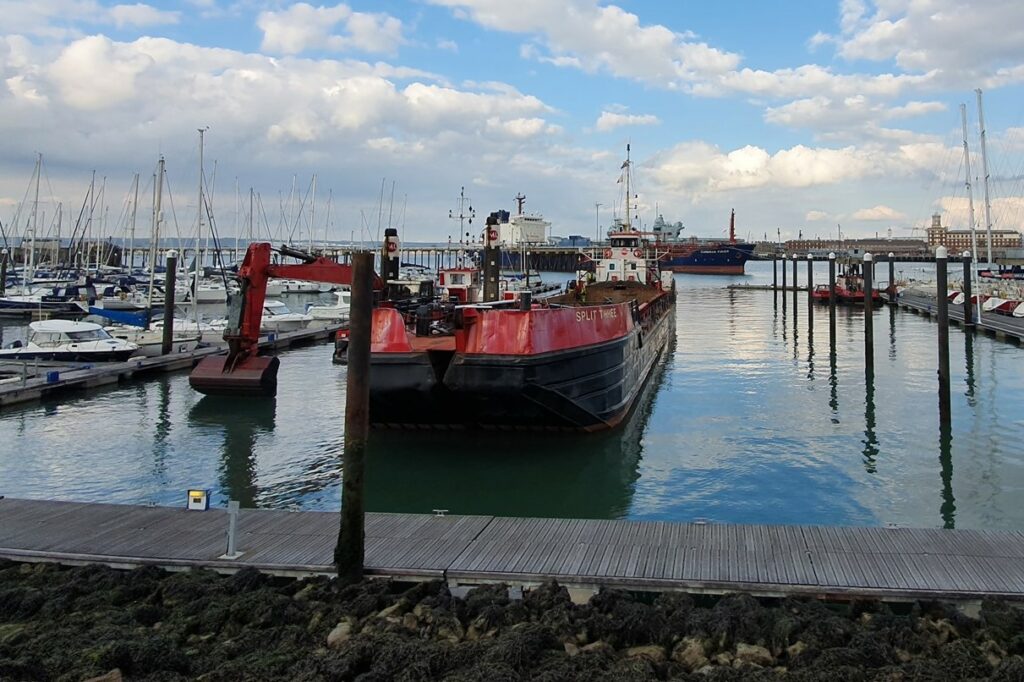