Van Oord and Shell Testing the Use of Biofuel

Together with Shell, Van Oord is testing the use of biofuel on its fleet with the aim of achieving a 70% emission reduction by 2050 compared with 2008.

The biofuel reduces CO2 emissions by more than 40% compared with conventional marine fuel.

This test fits in with the ambitions of both parties to reduce the CO2 emissions in the maritime industry.

The first pilot will take place during a dredging project in Germany on Van Oord’s trailing suction hopper dredger HAM 316.

The shipping industry is being faced by major sustainability challenges. By 2050, global shipping will have to emit an average of 50% less CO2 than in 2008.

That’s why Van Oord and Shell are working together to reduce emissions from vessels. Both parties have signed an agreement to carry out a large-scale biofuel pilot. Following the pilot, the possibility of using biofuels on other vessels will also be examined.

Trailing suction hopper dredger HAM 316 will sail from Rotterdam to Cuxhaven and will be employed on the German project during the biofuel pilot.

The ultra low-sulphur fuel easily complies with current ECA regulations. The two companies are testing a “second-generation” biofuel made from waste products such as cooking oil.

Moreover, it is ISCC certified, which means that the entire chain is certified by a third party.

Current calculations show that the biofuel is an effective and affordable method of reducing CO2 emissions. The test will indicate whether the fuel can be used in practice in existing vessels. 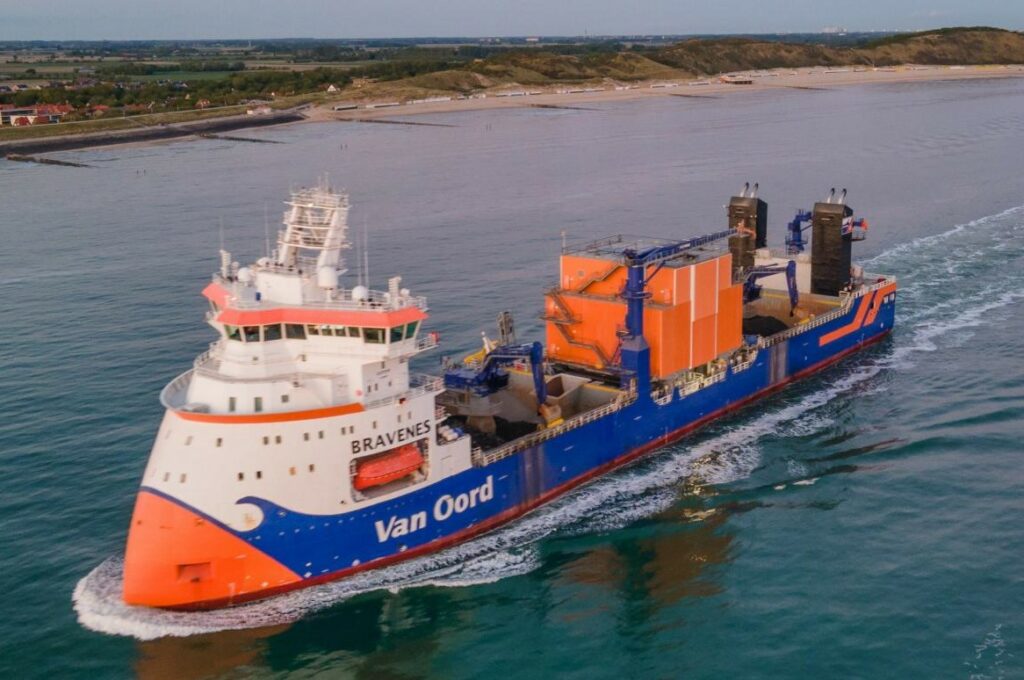