According to USACE, some of these area’s haven’t been dredged in 10 years.

“The Corps has the authority to maintain the Atlantic Intracoastal Waterway,” said Jeremy Johnson, project manager. “As part of that, we not only dredge the waterway to its authorized depth, but we also maintain placement areas for the dredged material we remove.”

A cutterhead dredge recently removed 500,000 cubic yards of material from the bottom of the federal channel at Breach Inlet to restore that stretch of the AIWW to its authorized depth of 12 feet.

This section is part of $9.4 million in supplemental hurricane disaster funding to remove approximately 1.5 million cubic yards of material from high shoaling areas between Charleston and Georgetown.

The Breach Inlet dredging was completed at the end of July and the entire project should be completed by the end of the year.

The material was pumped into the placement areas between the Isle of Palms and Sullivan’s Island that had just been prepared.

The perimeter dike walls were raised in three placement areas to create additional capacity for this project and what would be pumped in from future projects.

This $3.5 million project was completed in May. 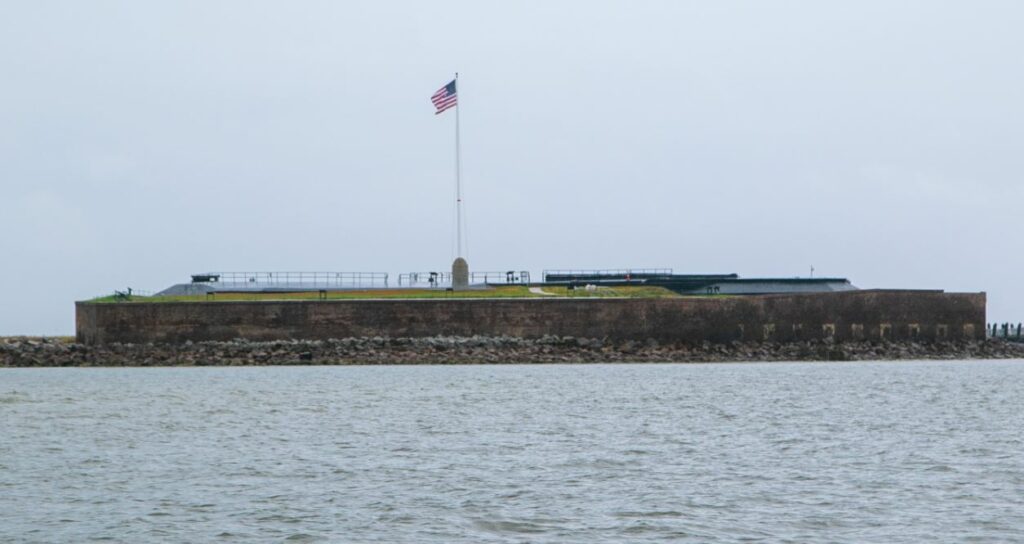