During the 2019 season, the Jadwin dredged more than 4 million cubic yards of sand, mud and sediment from the lower Mississippi River to allow the waterway to remain navigable for commercial traffic.

“Part of our mission as the Army Corps is to maintain navigation on our nation’s waterways, and here on the Mississippi River and its tributaries, dredging is one of the most important things that we do,” said Vicksburg District Commander Col. Robert Hilliard. “It’s been a tough season up and down the river, but the crew has done an outstanding job dredging, and I appreciate what they do out here each and every day.”

Approximately 50 crew members are responsible for operating and maintaining the dredge. The dredging season typically occurs when water elevations are lower and spans from May to October or November.

Crew members live and work on board the dredge and its accompanying vessels throughout their deployment, which lasted more than 120 days this year.

One of three USACE dustpan dredges on the Mississippi River, the Jadwin uses a large suction head and high velocity water jets to loosen sand, mud and sediment from riverbeds, pumps that material through a floating pipeline and deposits it outside the navigation channel near the riverbank.

Channel maintenance and river stabilization insures that hundreds of billions of dollars of commerce flow freely up and down the Mississippi River and its tributaries. 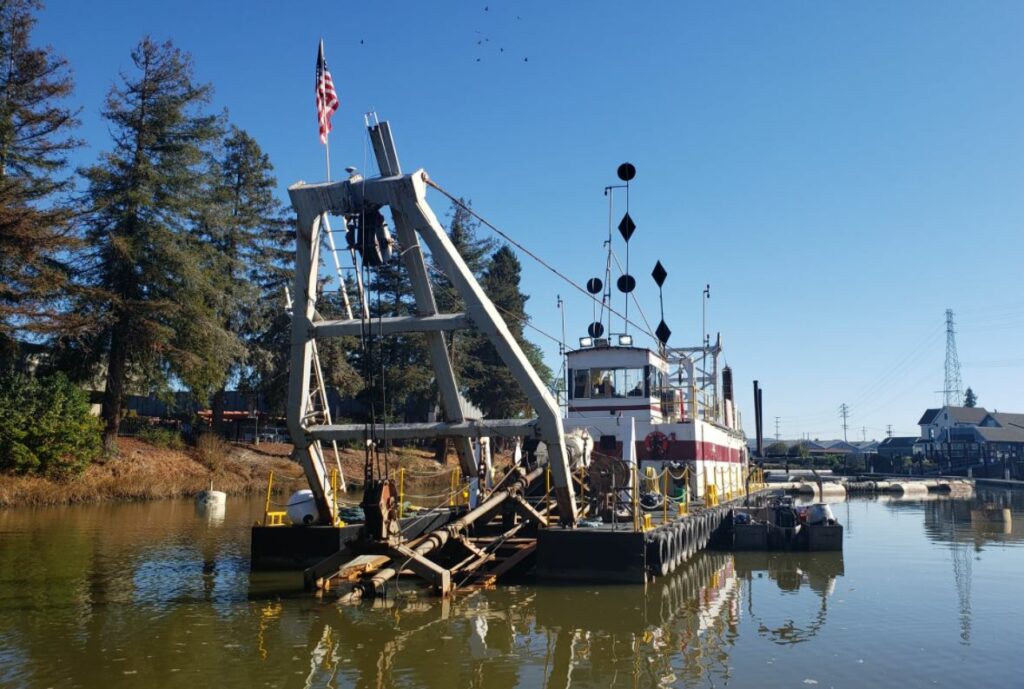