Four VolkerStevin projects have been shortlisted in the Project of the Year award categories at the Construction News Awards 2020.

Commenting the latest announcement, VolkerStevin Managing Director, Rob Coupe, said: “The announcement of this shortlist for the Construction News Awards is a fantastic achievement for the team and a true testament to the hard work and dedication of everyone involved.”

“These projects not only delivered for their respective clients and communities, but are truly representative of our collaborative and forward-thinking approach. We look forward to attending the award ceremony in July.”

Ipswich Tidal Barrier was the first new rising sector gate constructed in the UK since the Thames Barrier almost 40 years ago.

“The VBA team achieved a feat of engineering excellence, installing the 20m wide, 200t steel gate to a tolerance of just 2mm. In all, the expertise of 40 national and international suppliers helped us deliver the scheme and despite our far-reaching supply chain, 80% of operatives lived locally,” said the company.

The development of land around the town, enabled the creation of up to four thousand jobs.

Dover Western Docks Revival stands out for the way in which the VSBW (VolkerStevin and Boskalis Westminster) team managed the wide-ranging, complex delivery on a project of such an immense scale. They delivered a large and complex work scope to construct £115m of new infrastructure that has transformed Dover’s Port and Waterfront for future generations. 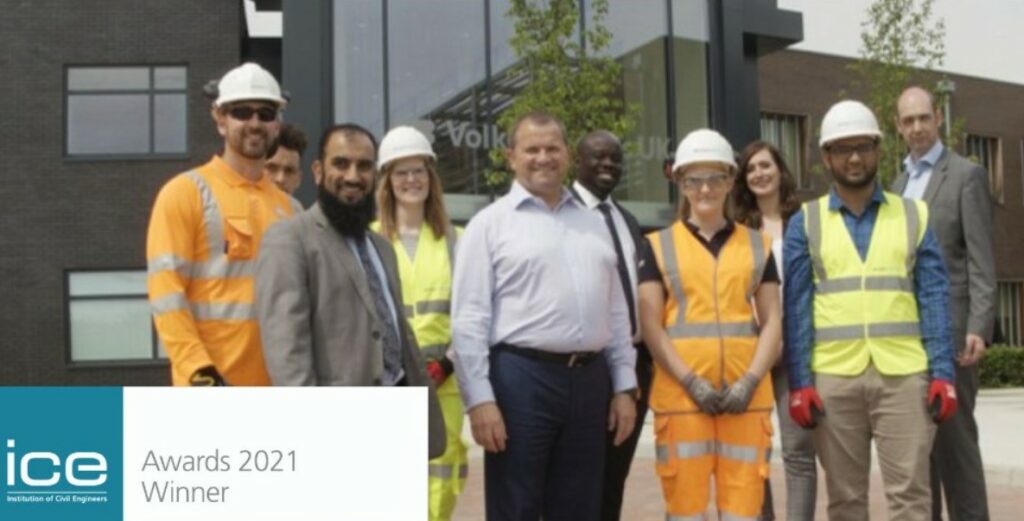