USACE Buffalo District and U.S. EPA will host a media event with guest speakers on August 13 at 1 p.m., at the Westpoint Marina at Braddock Bay located at 105 E Manitou Rd., Rochester, NY 14612, to celebrate the completion of the Braddock Bay ecosystem restoration project and moving the Rochester Embayment Area of Concern (AOC) one step closer to delisting.

Restoration efforts across the Rochester Embayment AOC have taken a considerable amount of work from many stakeholders, and the Braddock Bay project was just a piece of the larger efforts, said USACE.

Speakers for the event include:

Braddock Bay comprises one of the largest and most important coastal freshwater wetland complexes in New York State.

Regional shoreline hardening altered sand transport patterns which resulted in the gradual loss of 100 acres of wetlands to wave erosion.

Project restored 1,700 feet of the lost barrier beach and will shelter 180 acres of emergent marsh as well as improve water clarity for 160 acres of submerged aquatic vegetation.

This project restored a barrier beach and coastal wetland via 11,400 feet of channeling, 6.7 acres of potholing, and 9 acres of invasive species treatment in the central Braddock Bay marsh. It also created 2 acres of additional coastal marsh habitat.

Phase I of the Braddock Bay project was completed in March 2016 and consisted of the excavation of channels and potholes within the existing marsh to improve fish and wildlife habitat.

Phase II was completed in September 2018 and consisted of rebuilding a barrier beach in the bay’s mouth that will reduce erosion of wetlands within the bay and provide habitat for shore birds. 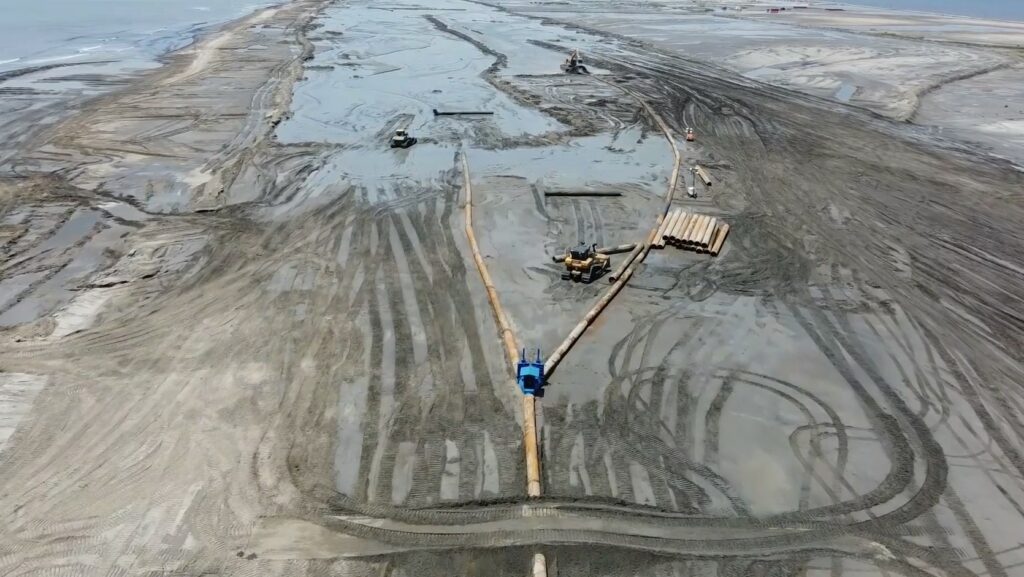