“During the Mayor of Mayaguez’s 2017 swearing in, I made a commitment to the Mayor and mayaguezanos that we would get the resources to carry out the dredging of the Port of Mayaguez to contribute to the economic development of the area. Today, we make that promise happen with a completely federal investment of $6 million in combined work for the dredging of the ports of Mayaguez and Arecibo,” said Commissioner Gonzalez Colon.

“We already finished this week the dredging of Arecibo and today we start Mayaguez. This project will create 50 direct jobs, 20 indirect jobs created and generate approximately $ 56,000 in municipal patents and must be completed by August 30, 2020 “, the commissioner explained.

“This dredging is fundamental to the economic growth of the area, for the entry of fuel boats for the plants generated by the Electrical Energy Authority, the coast Guard’s nautical operations in Puerto Rico and could mean an appeal when combining it with the air cargo plans for Aguadilla airport,” the resident commissioner added.

“It’s a project expected by Mayaguez for many years. No mayor had ever made it. I thank Engineer Jorge Ramos, the Port Commission and the help of Resident Commissioner, Honorable Jenniffer Gonzalez,” said Mayor Jose Guillermo Rodriguez.

Weeks Marine, Inc. will be responsible for dredging approximately 115,000 cubic yards of shoal material from the Mayaguez Harbor.

The material will be deposited in a designated Offshore Dredged Material Disposal Site located approximately 2 miles north of the entrance the harbor. 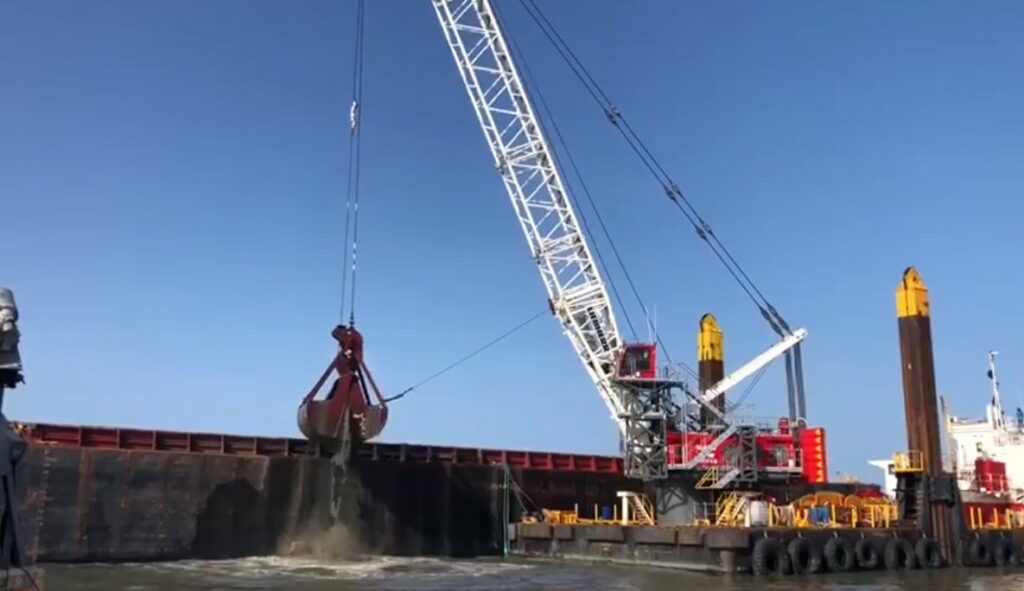