Next phase of Portage Canal dredging

The Wisconsin Department of Natural Resources and City of Portage have started phase two of the canal restoration works.

The project is a continuation of remediation and dredging work on the approximately 2.5-mile canal.

According to the Portage Public Works Director Aaron Jahncke, DNR contractors are preparing the site at the end of Mullett Street to continue dredging next spring.

Previous work completed during the summer of 2016 included dredging of Segment 1 of the canal.

“With this year’s preparation, a full season of dredging should start in 2021,” said Scott Inman, DNR Water Resources Engineer.

Preparation for next year include conditions surveys and installing a security fence, temporary facilities and temporary roads on the site.

“The most time-sensitive part of this work is to pave a sediment processing area for next year’s dredging,” Inman added. “The paving is the last critical item because it cannot be done during winter season.”

DNR, owner of the Portage Canal, is responsible for taking the necessary actions to address the historical contamination in the canal. The estimated cost of the project is approximately $8 million. This includes the remediation of the canal and shoring up the canal banks to support the recreational path.

From Adams Street to just past Canadian Pacific Railroad bridge, the 3,600-feet stretch of waterway has not been dredged in nearly a century. The canal is contaminated with metals related to a rich history of industrial activity along the canal. 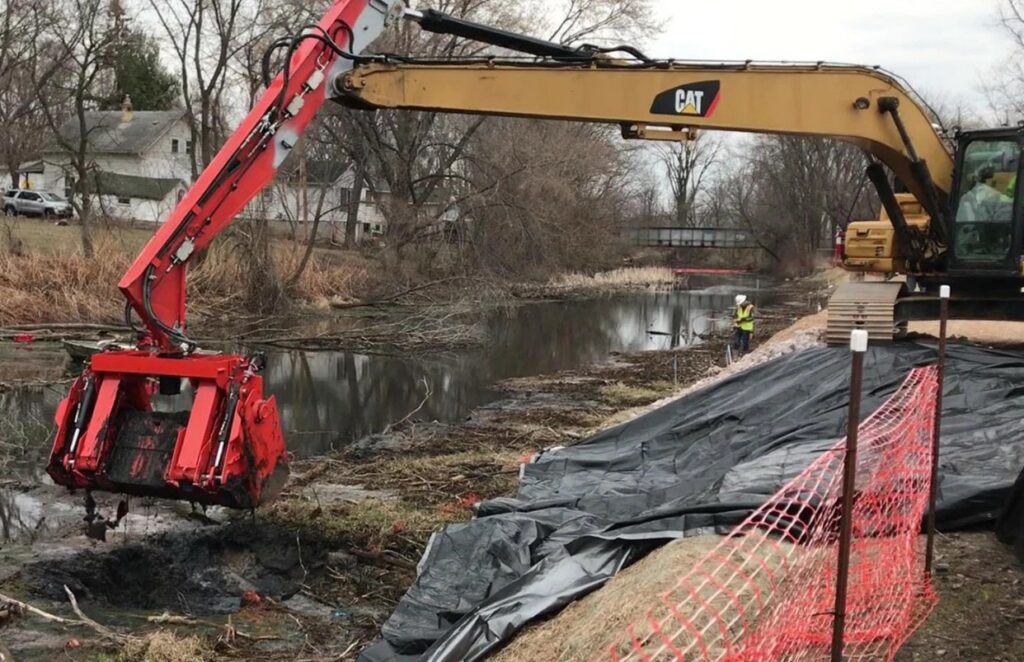