At present, a mayor port expansion project is undertaken at the Swedish Port of Gothenburg. The expansion will result in an additional 220.000 m2 of terminal surface and 460 m more quay length.

The project has been divided in various stages: a Damen DOP200 has proven its worth in the later stages of phase 1.

The project has started creating a secluded area in Arendal Bay, securing the outline of the expansion.

Part of these sediments, some 175.000 m3, have been contaminated over the years by for instance anti-fouling paints.

The dredging project has two gains: the river is cleaned removing the contaminated soils, and these sediments are re-used to fill the expansion site.

The DOP200 is used to empty these barges at the highest possible mixture concentration. The DOP dredge pump will, when required, use some water on its suction head to create a sufficiently fluid slurry mixture to be able to pump it. 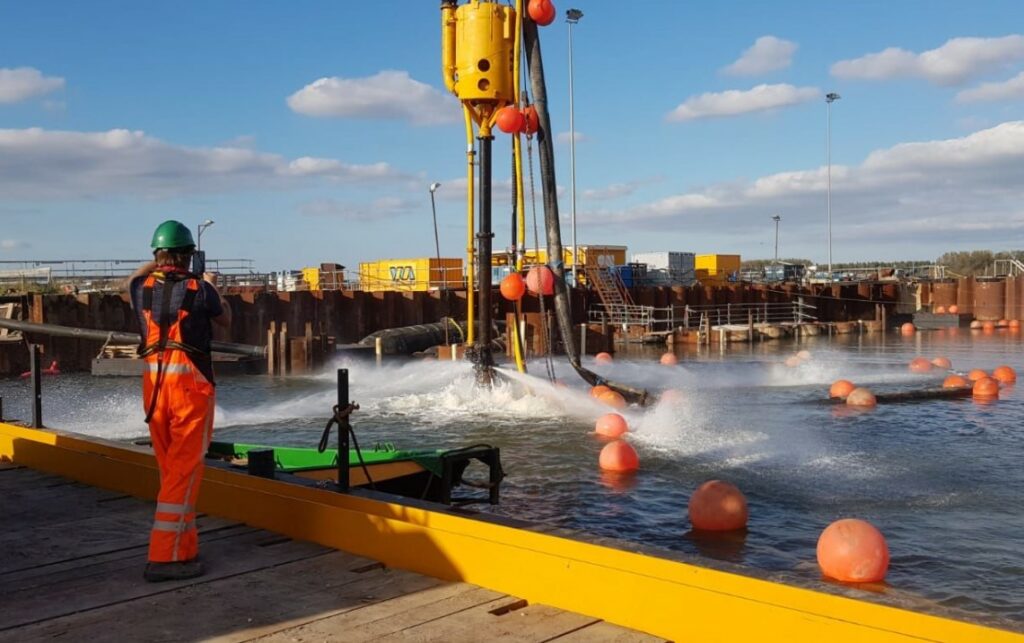 Damen DOP200 very effective in tunneling project
Posted: about 1 month ago
PHOTO: DOP250 at work in the Port of Alsea (OR)
Posted: 2 days ago
Cleaning hydropower dam with DOP150
Posted: 5 months ago
Advertisement
Related jobs