In their statement, the senators also applauded the completion of the Paul S. Sarbanes Ecosystem Restoration Project at Poplar Island, which received more than $487 million in federal funding.

Poplar Island has dramatically increased storage capacity for dredged materials from the Port of Baltimore and its channels, while benefiting the surrounding ecosystem.

The senators advocated for several funding priorities contained within the newly released Work Plan, including:

The senators also noted important investments in Smith Island, where $4.45 million is directed to repair the south jetty that protects the entrance to the Big Thorofare federal channel, and the dredging of Calvert County’s Fishing Creek, where the federal channel provides a vital point of access for the U.S. Navy.

“Completing the Poplar Island project is a huge win for Baltimore’s economy, our local businesses, and our environment,” said Senator Van Hollen. “Together with Senator Cardin, I’ve fought for this critical investment, and its completion will help ensure the Port of Baltimore can thrive and bring new jobs to the region.”

“The Poplar Island restoration project has been nothing short of transformational, both for the Chesapeake Bay and the ecosystems that it supports. While the newly created bird, fish and reptile habitat are impressive, the sheer scale of the project is likely most inspiring. The partners working on Poplar Island’s restoration have demonstrated, beyond any shadow of doubt, that ecosystem-scale restoration projects are indeed possible in the Chesapeake Bay and that dredged material can serve as an environmentally beneficial resource and not only a byproduct for disposal,” concluded Senator Cardin. 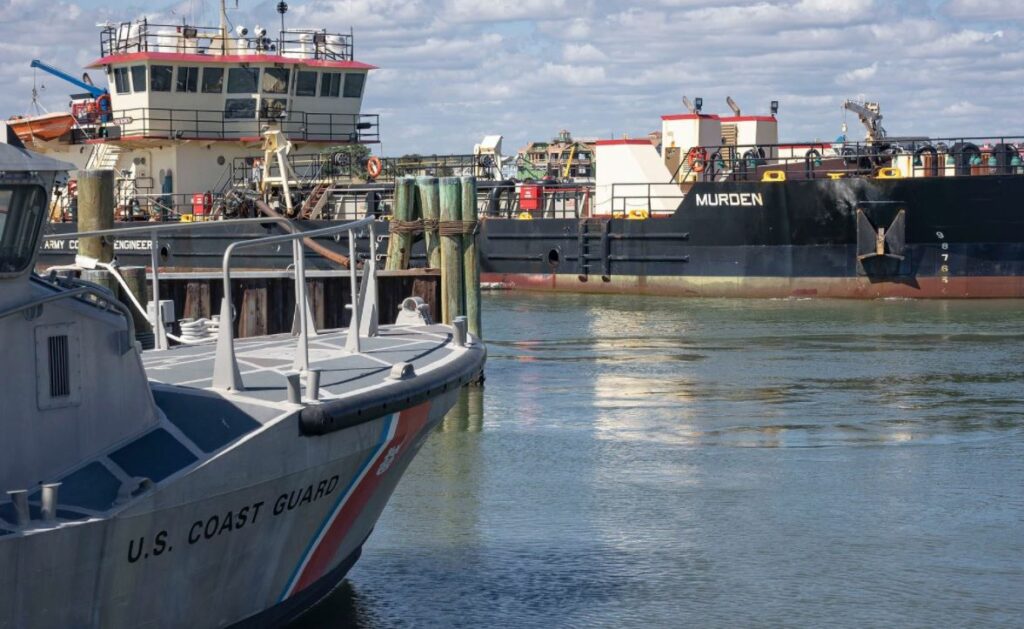