The Jacksonville Port Authority (JAXPORT) said in their latest announcement that they saw vehicle and container volumes rebound during the first quarter of the port’s new fiscal year, which began on October 1.

JAXPORT’s container volumes are also rebounding, up 5% year-to-date in FY21. Nearly 353,400 twenty-foot equivalent units (TEUs, the industry standard for measuring containers) moved through JAXPORT during the first quarter of FY21, making it also one of the port’s busiest first quarters on record for container volumes.

“We strive to be a resource for shippers as they adapt to supply chain challenges related to the pandemic,” said JAXPORT CEO Eric Green.

“As consumer trends continue to shift, and ecommerce grows, efficiency becomes increasingly important. The investments we are making in our facilities ensure we can maximize all of the efficiencies Jacksonville offers, including our fast access to the growing Southeast consumer market.”

Also, a number of JAXPORT’s major growth projects will be nearing completion in 2021.

Contractors for the U.S. Army Corps of Engineers continue to make significant progress on the federal project to deepen the Jacksonville shipping channel to 47 feet from its current depth of 40 feet. Completion through Blount Island is anticipated in 2022, three years ahead of its original schedule. 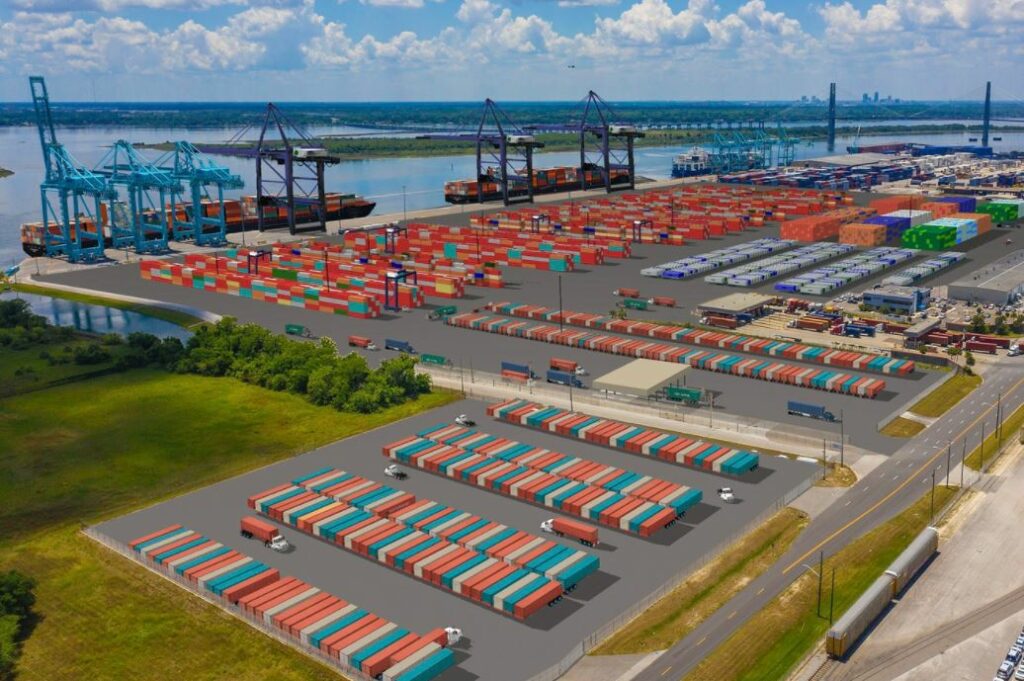