PPA signed for the Freeport project

The Southwestern Division established the $5.2B CSRM program, funded by the Congressionally approved 2018 Bipartisan Budget Act, to reduce the risk of flooding impacts from severe storms.

Through the CSRM program, SWD is investigating, engineering and constructing 40 projects across Oklahoma, Arkansas and Texas that will provide critical, enhanced flood risk resiliency to the region.

The Freeport Project, which is estimated to cost $704 million, will raise parts of the existing earthen levee system and construct or reconstruct portions of the existing floodwall, improving approximately 43 percent of the existing 43-mile long system. This is the first of three planned construction projects for the area and is expected to begin in the summer of 2022.

The existing Freeport and Vicinity, Texas Hurricane Flood Protection Project (HFPP) was authorized by the Flood Control Act of 1962, Public Law 87-874. Construction began in March 1966 and was completed in April 1982.

The system protects Freeport region from coastal storm surge events coming from the Gulf of Mexico. It also protects from flooding from the Sabine River.

The recommended Freeport and Vicinity CSRM Project would raise approximately 13.1 miles of existing levee system, construct approximately 5.5 miles of floodwall, and install navigable gates in the Dow Barge Canal to reduce surge penetration in that area. 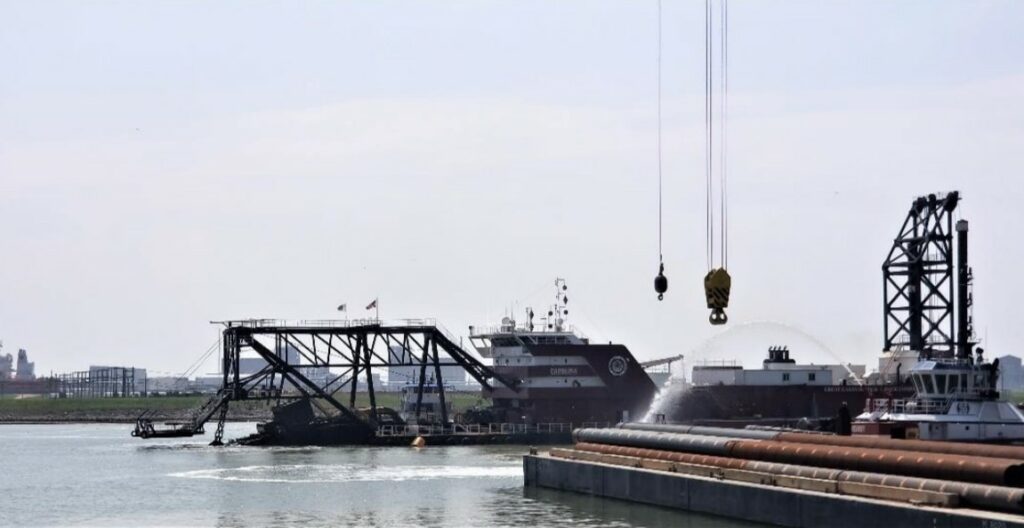