The Queen’s Harbour Master Portsmouth has just announced that as part of the Southsea Coastal Scheme works, over the period 7-30 April 2021, a delivery of approximately 11,200 tonnes of rock armour will be made to the Long Curtain area of the Southsea seafront.

As reported, the rock will be delivered to the Solent in two loads by the merchant vessel MV LIAMARE which will anchor at Spithead anchorage 8A on arrival, currently planned for 11 April.

Rock will then be transferred to the 60-metre long barge MORMAEN 15. Once loaded, the barge will be manoeuvred under the control of a Portsmouth International Port pilot from Spithead to the Long Curtain area using the multicat SARAH GREY and the small tug NEW ROSS.

During this period, and from 7 April, the barge MORMAEN 15, together with NEW ROSS and SARAH GREY, will moor in Ryde Roads. 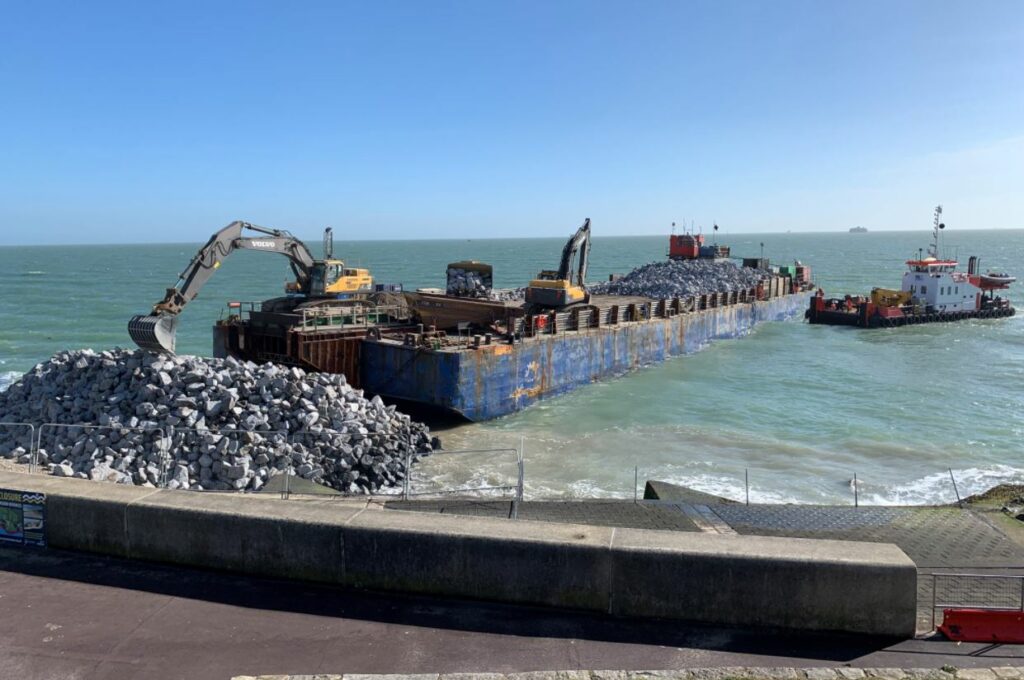