Peter Madsen back in Poland

Peter Madsen Marine Contractors A/S recently won a contract for dredging and rock installation in connection with the construction of two new breakwaters for the new Vistula Spit Shipping Channel in Poland.

According to the company, the first vessel has already been mobilised for the project and has commenced working at site.

Located outside the spit in the Gdańsk Bay, the two breakwaters will have respective lengths of 1,014 and 568 meters, forming a protective harbor.

The Vistula Spit is a peninsular stretch of land, separating the Vistula Lagoon from the Gdańsk Bay. The new channel will ease the maritime traffic and boost Elblag’s port installations by drastically reducing the distance between the port and the Baltic sea and making it accessible to larger vessels.

Overall, the Vistula Spit Shipping Channel project includes construction of two breakwaters, a channel, two rotating bridges over the lock, four sluice gates, landscaping as well as the adjacent roads and the soil reinforcement of the road’s embankments. A 190-hectares artificial island within the Vistula Lagoon will also be built.

The channel stretches over 1.5 kilometers with a width varying from 25 to 120 meters. It is equipped with 61-meter long and 17-meter large rotating bridges, while the associated buildings will cover an area of 1.090 m².

Construction of the canal on the Vistula Spit, according to the schedule, will be completed by the end of 2022. 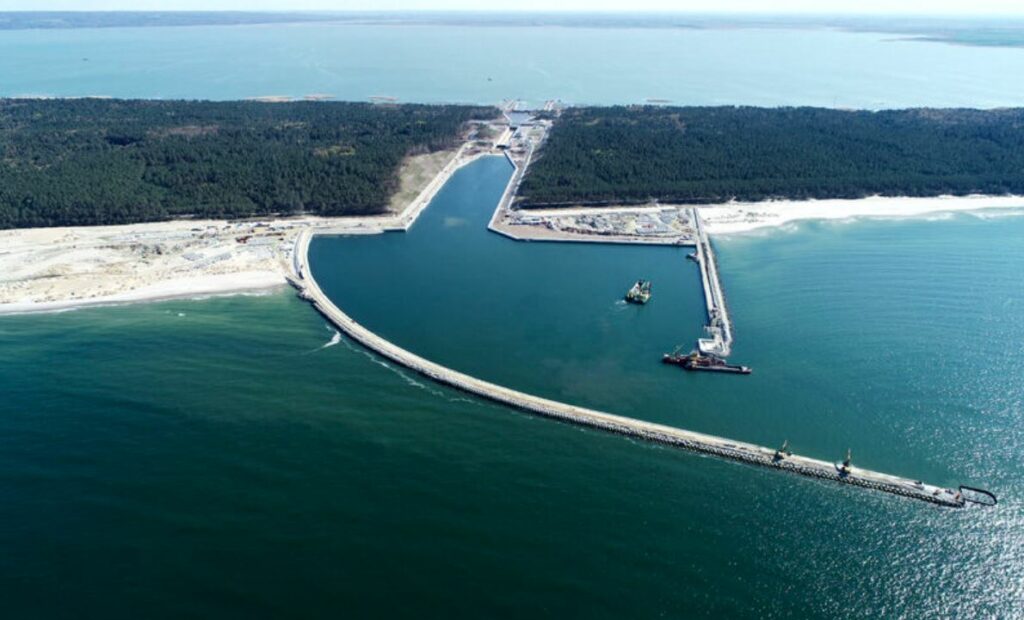