For this project, five standard dredgers type CSD500 and one type CSD450 have been manufactured and customised at the Damen yard, the company informs.

They also added that fast delivery of these dredgers was easy. That included various options such as anchor booms, spud carriage pontoons and dredge monitoring instrumentation for each dredger.

At the yard, all dredgers were prepared for transport and towed to their transit point – for shipping to Mexico. After the arrival, Secretaria de Marina will be ready to get their teeth in their first dredging jobs.

As reported, the first stage of works will take place in the González River and at the mouth of the Grijalva River, later in June of this year.

To expedite the work, the government is in the process of acquiring six stationary cutter suction dredgers, as well as six amphibious dredgers in the first half of 2021, in addition to a self-propelled hopper dredger for the year 2022. 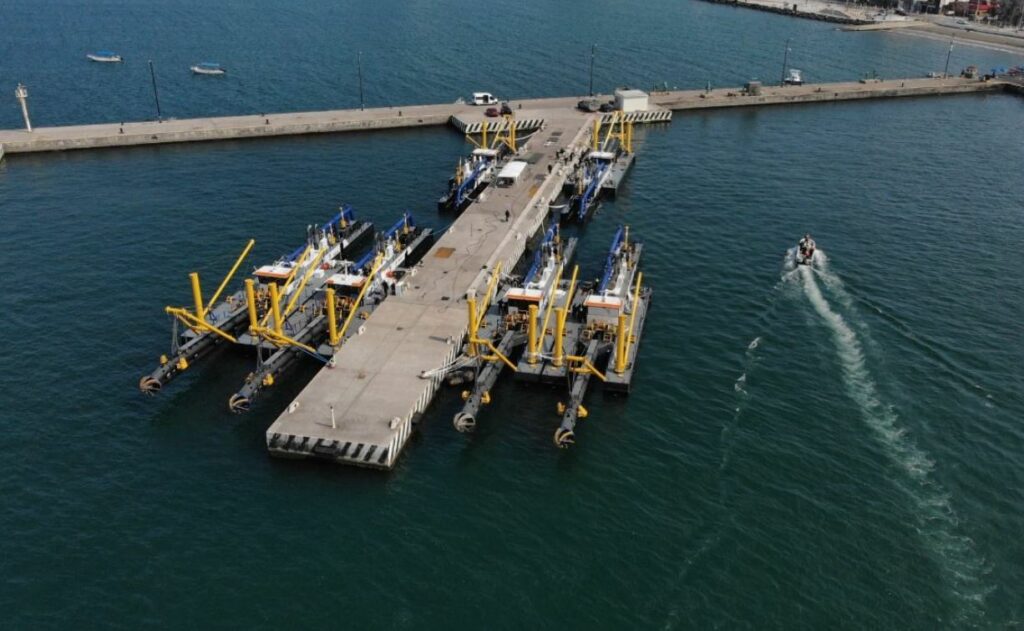 Six CSDs assembled and ready for action
Posted: about 1 month ago
Damen to deliver CSD500 to Paraguay
Posted: 17 days ago
New CSD500 ready to hit the road
Posted: 11 days ago
Advertisement
Related jobs