In an effort to salvage highly valuable corals severely damaged in Honolulu Harbor’s channel, the DLNR Division of Aquatic Resources (DAR) has taken emergency action to recover as many living pieces as possible.

The damage took place two weeks ago and was caused by a dredging platform’s anchor and cable dragging over numerous coral colonies, said DLNR.

An emergency restoration is necessary to prevent additional damage. Freshly broken corals and reef substrate are susceptible to being moved around by surf and currents. This can cause further damage when corals roll and collide with other corals and substrate, according to DLNR.

DAR divers worked quickly to assess which corals can be reattached and which specimens should be taken to the state coral nursery at the Ānuenue Fisheries Research Center (AFRC).

Nursery Director, David Gulko, refers to the emergency restoration action as triage: “We selectively collected broken pieces 7- 14 inches in size. Larger corals were prioritized for reattachment at the site.”

He said that smaller-sized corals are tough to collect in short time frames because they get tumbled around in the surf.

Also, Gulko noted that the only fragments smaller than 7 inches that will be collected are ones recognized as rare Hawaiian species, to be held at the Hawai’i Rare Coral Ark at the nursery. 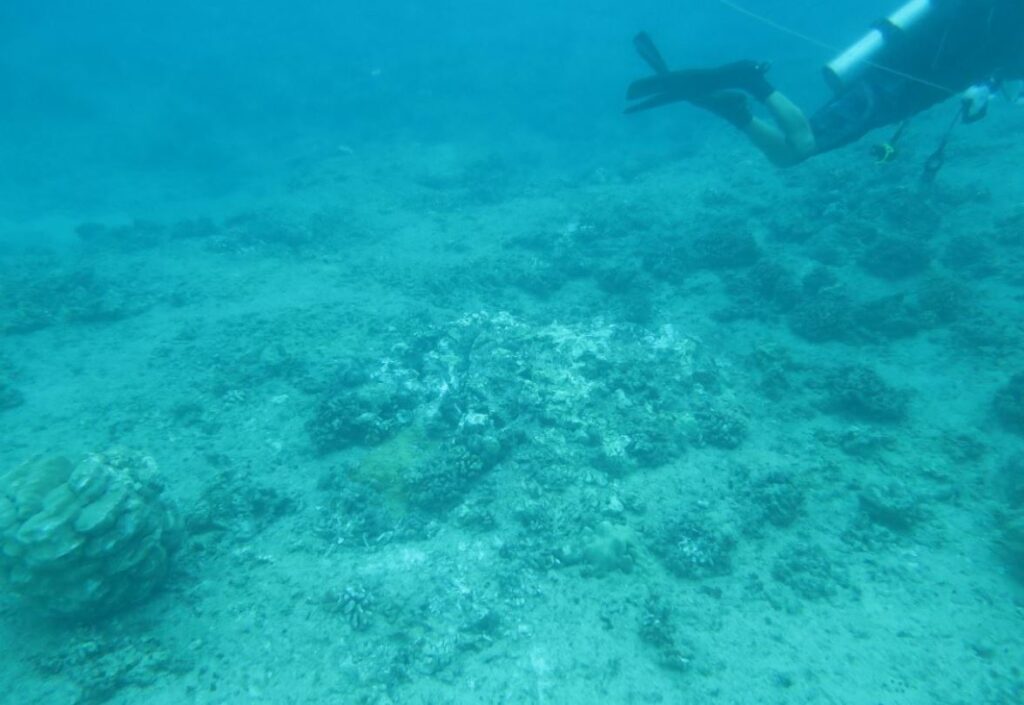