A mechanical dredge is currently stationed between River Mile 784.4 and 784.9, near the head of Lake Pepin, the Lake Pepin Legacy Alliance (LPLA) reports.

This stretch of the navigation channel was last dredged over 20 years ago, said LPLA.

The Corps of Engineers will be removing an estimated 26,000 cubic yards over the course of 13 days (September 7th – 20th) to improve navigation where the channel is restricted to less than half its authorized width.

According to LPLA, material will be placed at the Red Wing Commercial Harbor, a historically used upland placement site owned by the City of Red Wing.

This work will help over the short-term, though it accounts for less than a third of the material still in need of dredging to meet the channel’s authorized standards. 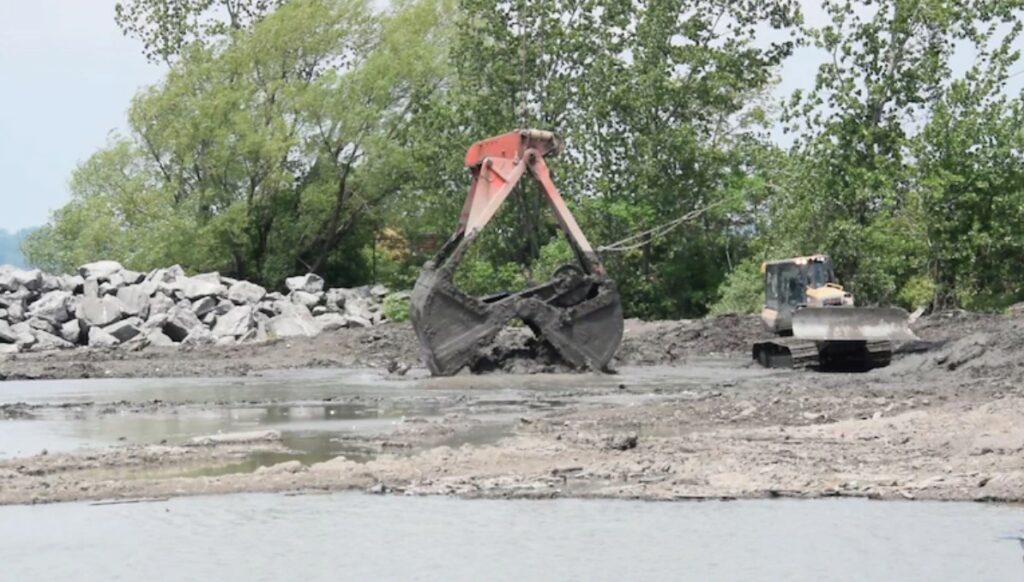