The dredging and capping operations are officially completed at the Grasse River Superfund site (aka Alcoa Aggregation) in Massena, NY, EPA said.

Nearly a quarter million cubic yards of sediment contaminated with polychlorinated biphenyls (PCBs) have been removed from the Grasse River and over 200 acres of river bottom have been capped.

“This is an important milestone at the Grasse River Superfund site,” said Acting Regional Administrator Walter Mugdan. “We have removed forever about 220,000 cubic yards of PCB-contaminated sediment, which will allow for the recovery of this vital and culturally important river system. This success could not have been achieved without the work of our partners, the Saint Regis Mohawk Tribe and New York State.”

EPA selected a cleanup plan for the site in 2013 that called for removing contaminated sediment from near-shore areas in a 7.2-mile stretch of the lower Grasse River and placing a cap on the river bottom in the main channel.

Capping material included sand and powdered carbon, which works to capture and chemically bind pollutants in place, as well as some stone and gravel. Additional dredging of contaminated sediment was added to the project in 2020 in the Snug Harbor area, EPA said.

The dredging and capping work began in 2019 and was completed this fall. During the cleanup, contaminated soil was also removed from two areas along the north shore of the river near the Alcoa Bridge in Massena.

Dredging and capping equipment has been removed from the river and from two shoreline support areas located on Route 131 and Haverstock Road. The Haverstock Road Staging Area, which was used for storing capping material, has been fully restored.

The Route 131 Staging Area will continue to be used for river monitoring activities for the next few years.

Also, work to reconstruct habitat areas impacted by the project will continue in 2022. 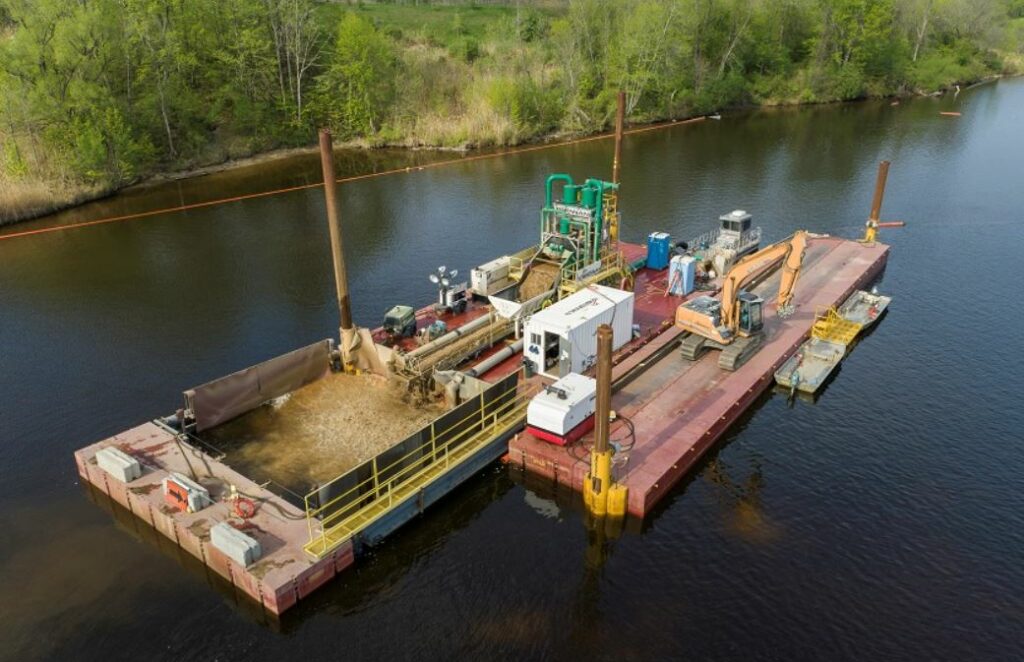